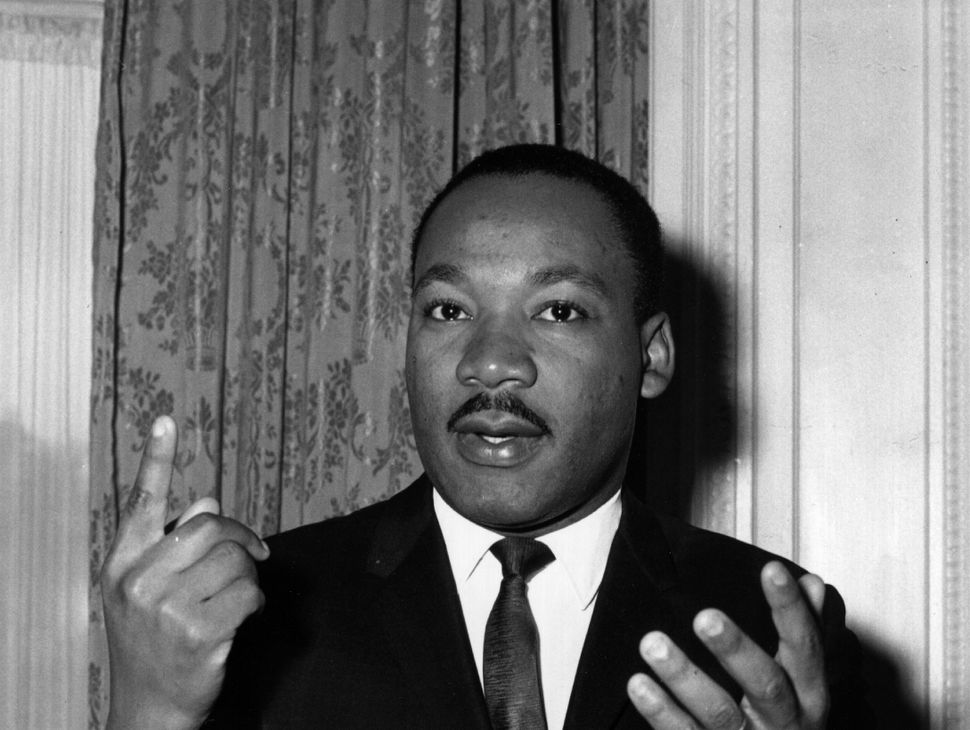 (JTA) — A campaign to engage Jewish young adults in taking action for racial justice is sponsoring a platform for people to find opportunities across the country for Martin Luther King Day weekend.

The year-long “Act Now for Racial Justice,” a program of the Repair the World initiative, plans to engage thousands of Jewish young adults in supporting racial justice through volunteer service, dialogue and learning over the MLK holiday weekend.

Among the events happening in cities throughout the Unites States is “Turn The Tables,” a do-it-yourself dinner dialogue initiative. The Repair initiative provides guides for the dinners, which include discussion questions for conversations about racial justice, the election and inauguration, and the connection between Jewish values and racial justice.

“Americans are experiencing a tough moment of transition, especially those among us who feel fearful and vulnerable coming out of the election,” says David Eisner, CEO of Repair the World.  “Young adults are demanding more opportunities to take action in solidarity with these vulnerable communities. Martin Luther King promoted the primacy of service not as just another good thing to do, but as our most central means for connecting with others.  As we approach MLK Day, his words are with us: ‘Everybody can be great, because everybody can serve,’ and ‘Life’s most persistent and urgent question is: ‘What are you doing for others?’”

Jewish organizations who are partnering with the Repair initiative on the Act Now for Racial Justice program include   OneTable, Moishe House, and the Charles and Lynn Schusterman Family Foundation.