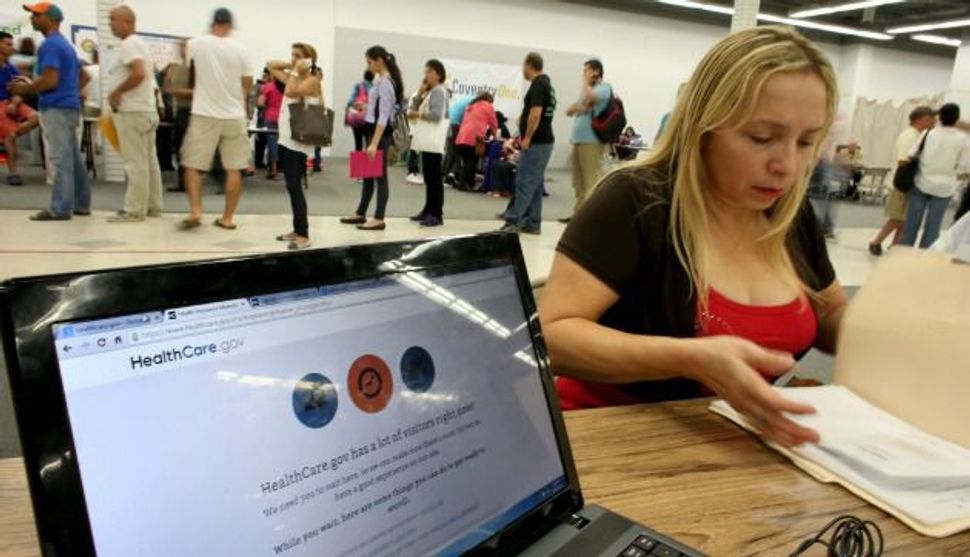 The Detroit agency closed the doctors’ program after enactment of the health care law, also known as Obamacare, and instead worked to enroll people in health insurance, either through Medicaid or the state insurance exchange. The organization, which focuses on providing mental health care and financial aid to disadvantaged Jewish families, has enrolled some 10,000 people in health insurance through the ACA.

But now that Obamacare could be repealed, the Detroit agency may have to organize doctors once again. Its CEO, Perry Ohren, expects more families to seek emergency financial aid if they lose coverage.

“People will be hurting and they will have more expenses,” Ohren said. “We have an inverse relationship to the economy. When things go south, our business goes up.”

As Congress moves to repeal and possibly replace the health care law, the more than 100 Jewish Family Service agencies across the country are grappling with the question of what will happen once it’s gone. Even as some JFS executives are lobbying Congress to maintain some of the law’s protections, others are planning for a future where philanthropy and state government will have to fill in where Obamacare once was.

Early Thursday morning, Republicans in Congress voted on a budget measure that will move the repeal process forward. It remains unclear what will replace the it, as well as when that replacement would be passed. At a Jan. 11 news conference, President-elect Donald Trump spoke of a plan to repeal and replace the ACA, but offered no details.

JFS agencies also receive Medicare and Medicaid reimbursements for the counseling services they provide. According to the Jewish Federations of North America, whose local affiliates provide subsidies to JFS agencies, Jewish communal agencies receive a total of $6 billion a year from Medicaid, which was expanded under the ACA, as well as $1.5 billion a year from Medicare, whose coverage for seniors was also expanded.

“People are sort of on edge, because there are a lot of unknowns,” said Reuben Rotman, executive director of JFS of MetroWest New Jersey. “We feel it too, and this is all happening very, very, very quickly, so our options for how we can allay that uncertainty are really — we don’t even know yet what the true story is.”

Even under the existing law, some individuals have had to rely on community support to pay high premiums or get special treatments. Sheryl Grossman, 41, has Bloom syndrome, a genetic disorder that makes her more likely to develop cancer. Grossman has already had cancer nine times, and relies on the support of her community in Baltimore to pay for medicine and doctor’s visits.

She currently has health insurance through a former employer that will last until August. If Obamacare is repealed by the time she needs to purchase new coverage, she expects an individual plan to be too expensive for her, even with friends’ help. If she is without a plan, she’ll be forced to move into an assisted living home.

“If I have to go out and try to get an individual health insurance policy, I won’t be able to get it because I have a genetic condition that predisposes me to cancer,” she said. “People who have pre-existing conditions, a lot of us are facing worse health, if not death.”

Repeal would also affect those with disabilities who rely on the law’s protections. Jessica Belasco, a rabbinical student at the Conservative Jewish Theological Seminary who has a congenital muscle disorder, wants to do work with Jews with disabilities once she graduates, and expected to rely on Obamacare for insurance while she launches her efforts.

JFNA is coordinating Jewish leaders nationwide to lobby congressmen to maintain the law’s protections, which include preventing those with pre-existing conditions from being denied health insurance, assuring that women don’t have to pay higher rates than men and banning caps on lifetime coverage.

A new organization that combines existing umbrella groups for the JFS agencies, the Network of Jewish Human Service Agencies, will also advocate a replacement that maintains care for disadvantaged Americans. Rotman has been named its inaugural CEO.

William Daroff, director of JFNA’s Washington office, recognizes that some sort of repeal will likely happen. Despite the extreme partisanship that has characterized the health care debate, he hopes JFNA can get behind a replacement law members of both parties can support.

JFNA is troubled by proposals that “convert these programs into programs that are not as helpful to the vulnerable populations that depend upon them,” he said. “So we’re working with everyone to ensure that we find pragmatic, bipartisan, common-senses solutions to these seemingly intractable problems.”

Daroff said repeal could happen within a matter of months, and noted that Trump favors passing a replacement law immediately. But no one can say for certain what the future will hold.

“You can’t dismantle a system where millions of people have coverage in 10 seconds,” said Rotman. “Everyone is trying to stay on top of the news.”