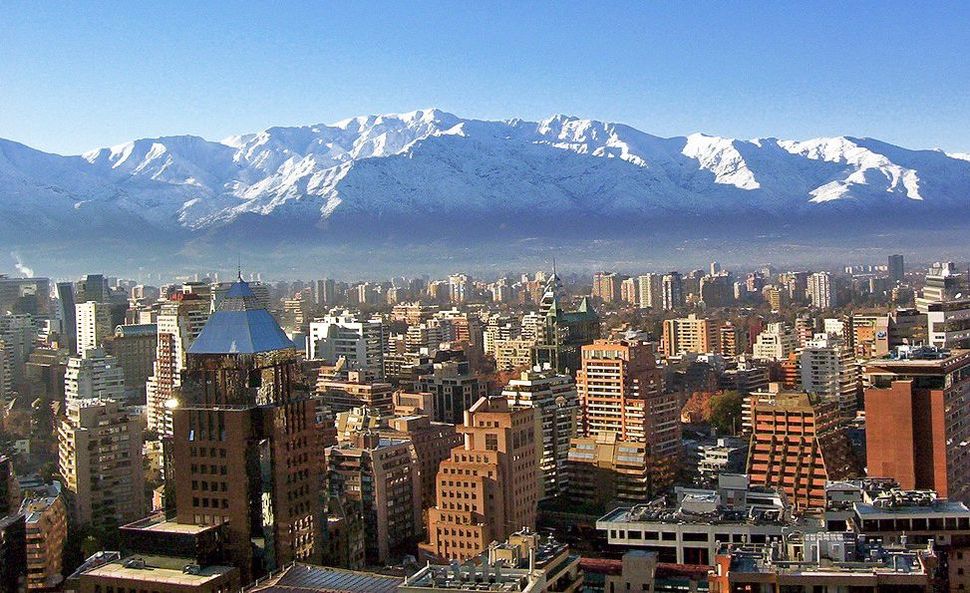 Jorge Arce was walking Thursday at the Bustamante park wearing a T-shirt emblazoned with the flag of Israel that his mother had given him recently. The attackers yelled “murderer” before punching him in the thorax and making several razor cuts on his arms and legs, reported El Mostrador news website.

“I had forty stitches on my arm. Some will be forever. Just for being Jewish. The pain overwhelms me,” he told the Movement for Integration and Gay Liberation, or MOVILH, which called the attack “an anti-Semitic and homophobic aggression.”

Arce is a member of the Hod Jews for Diversity, a Jewish group for sexual minorities and supporters of LGBT rights.

“We want to ensure that the Jewish Community of Chile is permanently concerned so that such acts do not occur in Chile and will take all measures to safeguard the rights of Jews and all minorities who may feel threatened by hate crimes,” read a statement released by the country’s umbrella Jewish organization Comunidad Judia de Chile.

“We repudiate this attack of hate, which deserves all legal and social sanction. Of course we will support the legal actions that the Jewish community decides to initiate, who have always supported and shown solidarity with the victims of homophobia,” declared the MOVILH movement on its web page.