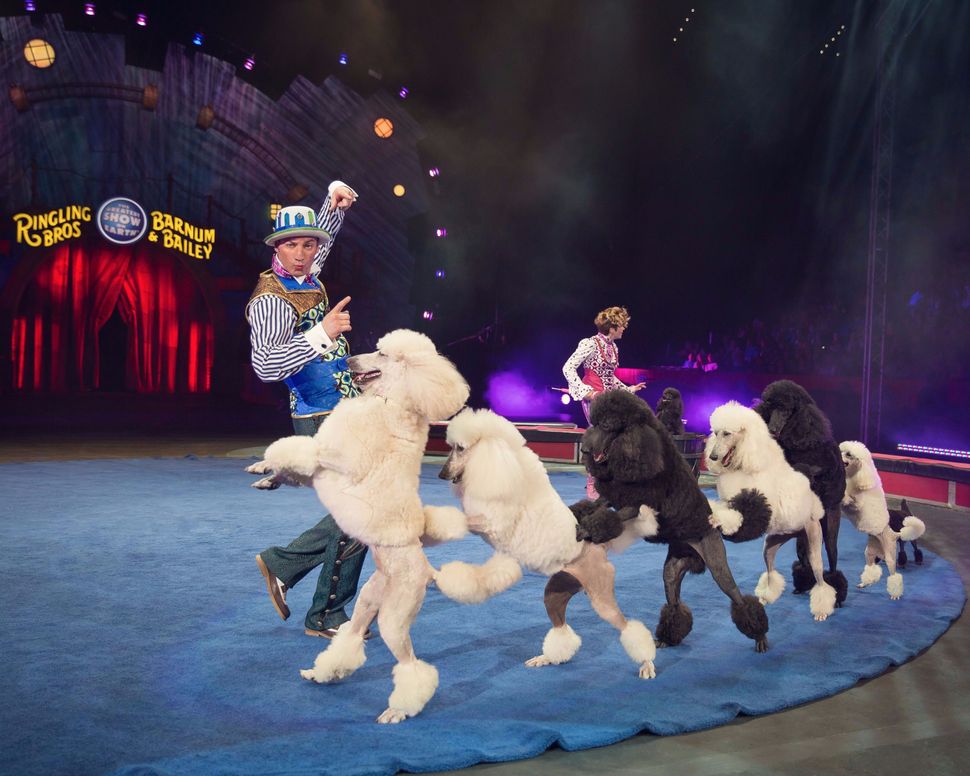 The Ringling Bros. and Barnum & Bailey circus said it will cease performances after 146 years in business, owing to what it said were declining tickets sales and high operating costs.

In May of last year, the circus retired its elephant act, years after a suit by activists. It admitted no wrongdoing, but agreed to a six-figure fine several years before ending the elephant performances.

In his statement on Saturday, Feld noted that declining sales had fallen off even more dramatically following what he called “the transition of the elephants off the road.”

Animal rights group PETA said it “heralds the end of what has been the saddest show on earth for wild animals, and asks all other animal circuses to follow suit, as this is a sign of changing times.”

PETA President Ingrid Newkirk also said in its statement that 36 years of PETA protests had “awoken the world to the plight of animals in captivity.”

Activists often appeared outside venues with fliers, protesting against the use of elephants, and pictures of animals they said were abused.

After Feld Entertainment sued, claiming malicious prosecution, more than a dozen animal welfare groups agreed in 2012 and 2014 to pay settlements totaling about $25 million to end 14 years of litigation.

The circus went by the slogan “The greatest show on earth,” a catchphrase that was so ubiquitous it was employed for the title of the 1952 Cecil B. DeMille best picture Oscar-winning film starring Charlton Heston and Betty Hutton.

The circus will end it long run with performances in Providence, R.I., on May 7, 2017, and in Uniondale, N.Y., on May 21. Other Feld productions, including Marvel Universe LIVE!, Monster Jam, Monster Energy Supercross, AMSOIL Arenacross, Disney On Ice and Disney Live!, will continue, and the company said it will continue to develop new shows.

Employees were told of the decision to close down following performances on Saturday in Florida.—Reuters