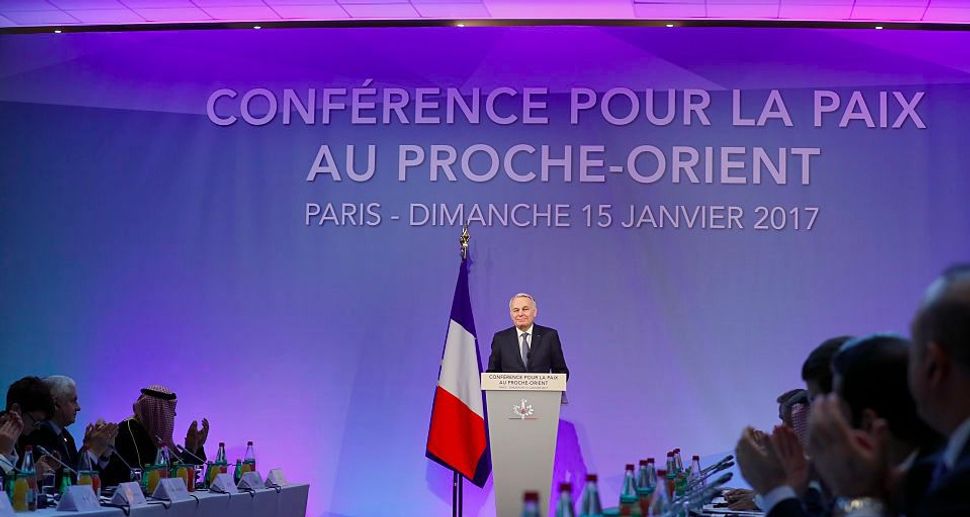 Israel said on Sunday that U.S. Secretary of State John Kerry had sought to reassure Israeli Prime Minister Benjamin Netanyahu over a Middle East peace conference being held in Paris, which neither Israel nor the Palestinians are attending.

Some 70 countries, including key European and Arab states as well as the permanent members of the U.N. Security Council, were in Paris for a meeting that Netanyahu has rejected as “futile.”

Netanyahu’s office issued a statement on Sunday saying that “Kerry called Netanyahu to tell him about the moves the U.S. was taking at the conference to soften the wording of the Paris communique.”

It added that the Israeli leader had replied by saying that “Israel had already suffered damage after the U.S. did not veto a Security Council resolution (last month) and it should not be compounded.”