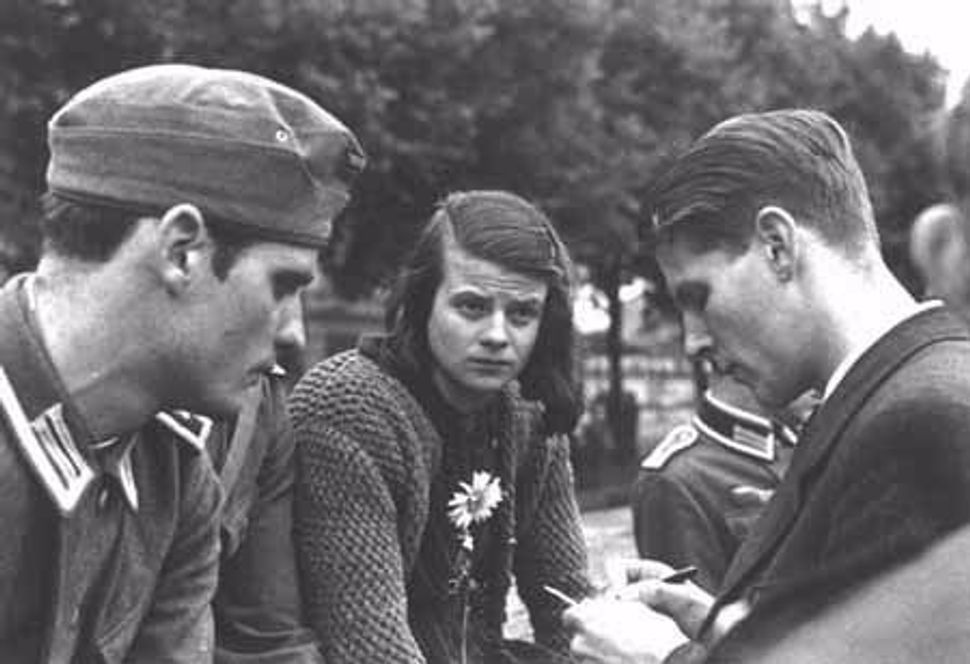 BERLIN (JTA) — A club supporting Germany’s right-wing populist “Alternative for Deutschland” party has raised hackles by using a World War II resistance heroine to pump up support, suggesting that Germany’s current leaders have something in common with the Nazis.

“Sophie Scholl would vote for AfD” reads the advertisement posted last weekend on Facebook by a local division of AfD near Nuremberg. The National Socialist regime executed Sophie Scholl and her brother Hans, along with other members of the White Rose resistance group, in February 1943.

Quoting Sophie Scholl in its ad, the “Nürnberg-Süd/Schwabach” AfD group wrote: “Nothing is more unworthy of a civilized nation than to be ‘governed’ without resistance by a ruling clique that is devoted to
irresponsible and dark motives.”

Scholl had been referring to the National Socialist regime. The White Rose resistance movement was likely the first to protest against the mass shootings of Jews in Eastern Europe. Scholl is one of Germany’s
most popular modern heroines.

Reactions to the AfD ad featuring Scholl’s words and image were harsh, including from higher levels of the party itself. A local party group with a similar name – Nürnberg/Schwabach – referred to the ad as
“completely tasteless” and, according to news reports, is checking to see if it is possible to bring charges against whoever posted it. The group announced on its own Facebook page that it had nothing to do with
the group of a similar name.

Meanwhile, the group that posted the ad, the “Nürnberg-Süd/Schwabach” AfD, thanked everyone who reacted,  though it removed some comments “whose contents clearly crossed the boundary between justifiable criticism and ‘hate speech.’” The group referred to the post as satire.

The local group was founded in December and has 314 “likes” on its Facebook page.