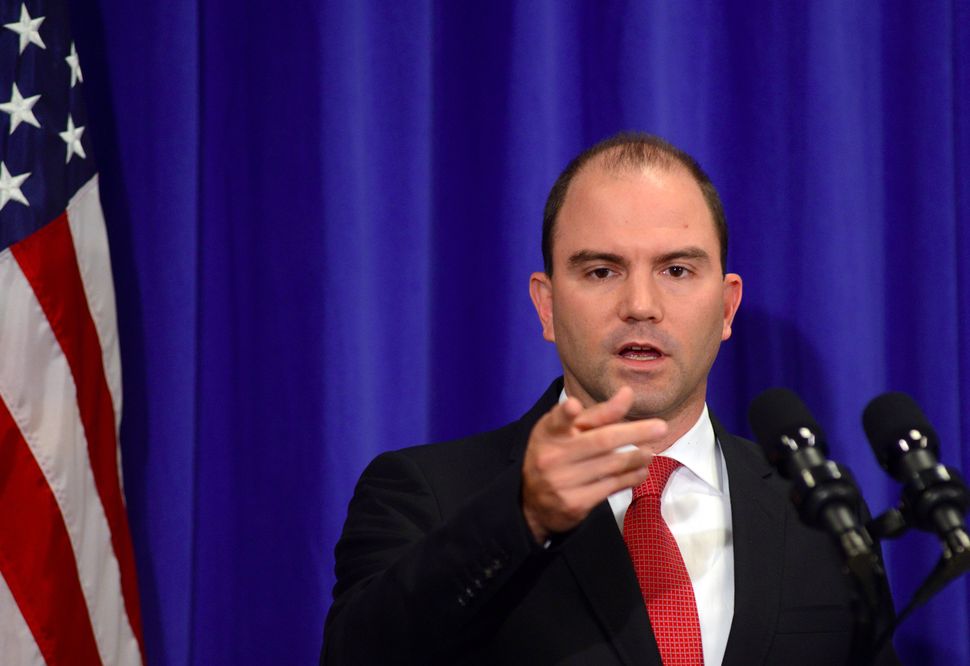 Obama said Tuesday that he had chosen Rhodes, currently the deputy national security adviser for strategic communications, to serve on the council, which Congress established in 1980 to commemorate the Holocaust and raise money for the U.S. Holocaust Memorial Museum in Washington, D.C.

Rhodes, the son of a Jewish mother and an Episcopalian father, was closely involved with American efforts to reach the 2015 Iran nuclear deal, which Israel bitterly opposed and Jewish groups were mixed on. Rhodes has called the agreement “historic” and said it helps ensure Iranian nuclear activity “remains exclusively peaceful.”

A May New York Times profile, rebutted by some, suggested that Rhodes created a false narrative around negotiations with the Iranian leadership to help present the deal as more favorable.

Rhodes, who has worked for Obama since 2007, also served as deputy director of White House speechwriting and as a senior speechwriter for Obama’s presidential campaign.

On Monday, Obama said he would appoint 10 people to serve on the U.S. Holocaust Memorial Council.

Among his picks were Daniel Benjamin, an American diplomat who served as the coordinator for counterterrorism at the State Department from 2009 to 2012; Raffi Freedman-Gurspan, a White House senior associate director for public engagement and the first openly transgender White House staffer, and Sarah Hurwitz, Michelle Obama’s head speechwriter.

The council has 68 members, including 55 presidential appointees, who serve five-year terms, along with senators and representatives and members of the education, interior and state departments.