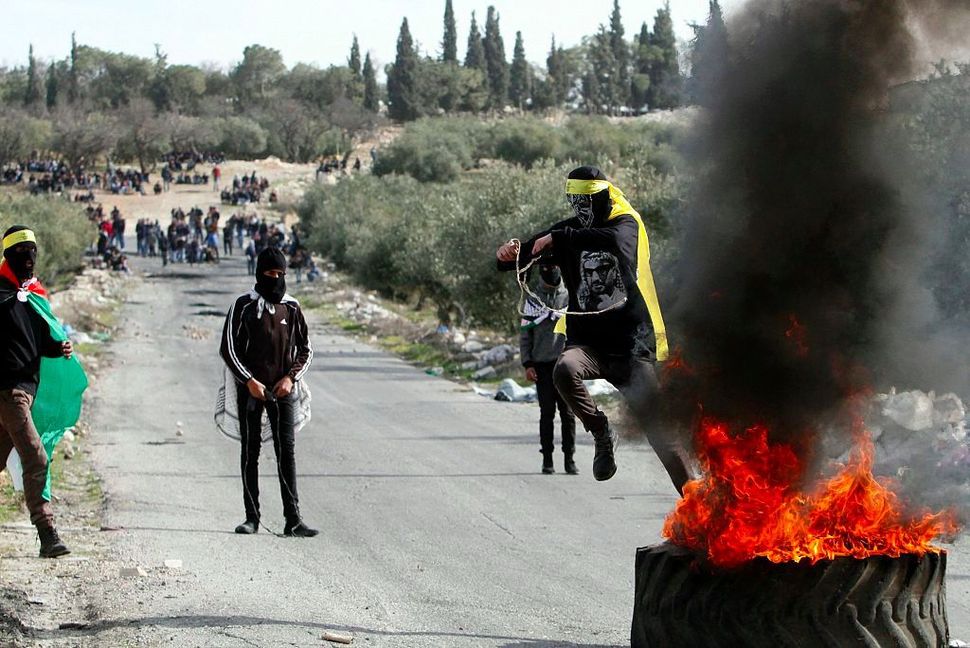 JERUSALEM (JTA) — A Palestinian man who attempted to stab an Israeli soldier at a West Bank checkpoint was shot and killed during the attack, according to the Israel Defense Forces.

The incident occurred Tuesday afternoon in the northern West Bank near the Palestinian city of Tulkarm.

No Israeli soldiers were injured in the incident, the IDF reported.

The attacker drew a knife and began running at soldiers manning the checkpoint, who called for him to stop. When he did not stop, one of the officers shot the attacker, killing him.

A short while ago, an assailant armed with a knife attempted to stab an IDF soldier near Tulkarem. No injuries reported. Attacker shot.

The attacker was identified by the Palestinian Maan news agency as Nidal Daoud Mahdawi, 44, a married father of five. He held an Israeli national identification card.

The teen, identified by Maan as 17-year-old Qusay Hassan al-Umour, was shot in the chest with live ammunition, according to the news agency.

The soldiers used live fire after being surrounded by what the IDF said were hundreds of rock-throwing Palestinian demonstrators.