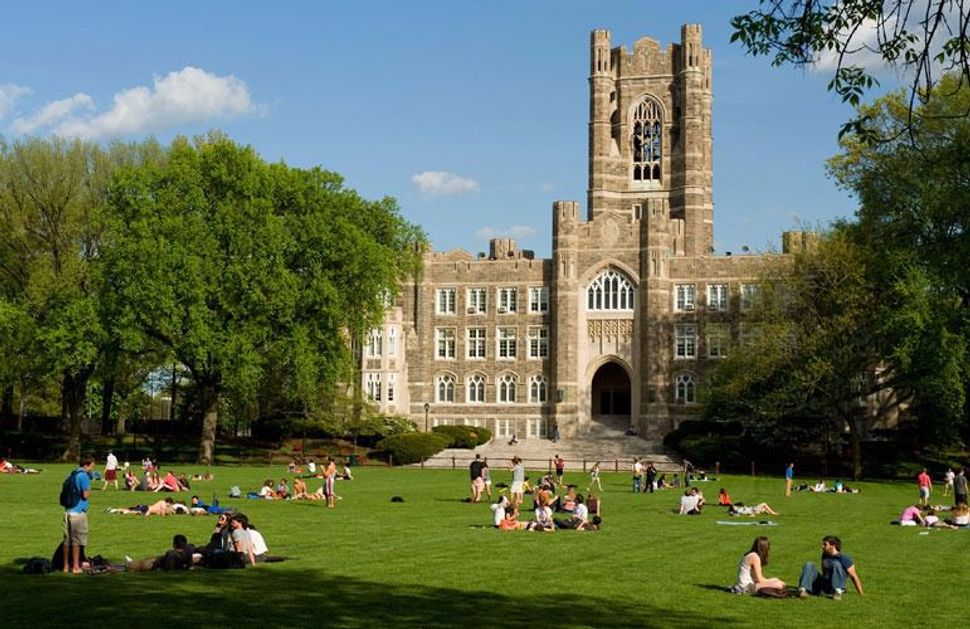 NEW YORK (JTA) — Fordham University will not allow students to form a Students for Justice in Palestine group because it does not allow groups that solely promote one country’s interests.

According to a Tuesday statement from Fordham, a Jesuit school in New York City, an SJP group would act more like a political lobby than a traditional campus club.

“Fordham has no registered student clubs the sole focus of which is the political agenda of one nation, against another nation,” the statement read. “The narrowness of Students for Justice in Palestine’s political focus makes it more akin to a lobbying group than a student club. Regardless of the club’s status, students, faculty, and staff are of course free to voice their opinions on Palestine, or any other issue.”

There is also no pro-Israel student group at Fordham. There is a Jewish students’ club, but its description does not mention Israel.

Palestine Legal, a pro-Palestinian legal advocacy group, sent a letter protesting the decision to Fordham President Rev. Joseph M. McShane. The letter says that denial of an SJP chapter could constitute a violation of Title VI of the Civil Rights Act, which prohibits discrimination based on race, color or national origin.

Fordham’s decision “not only violates the free speech, associational and academic freedom principles to which Fordham claims to adhere, but also raises civil rights concerns,” Palestine Legal’s letter read. “Fordham has betrayed principles of free speech to which it promises to adhere.”