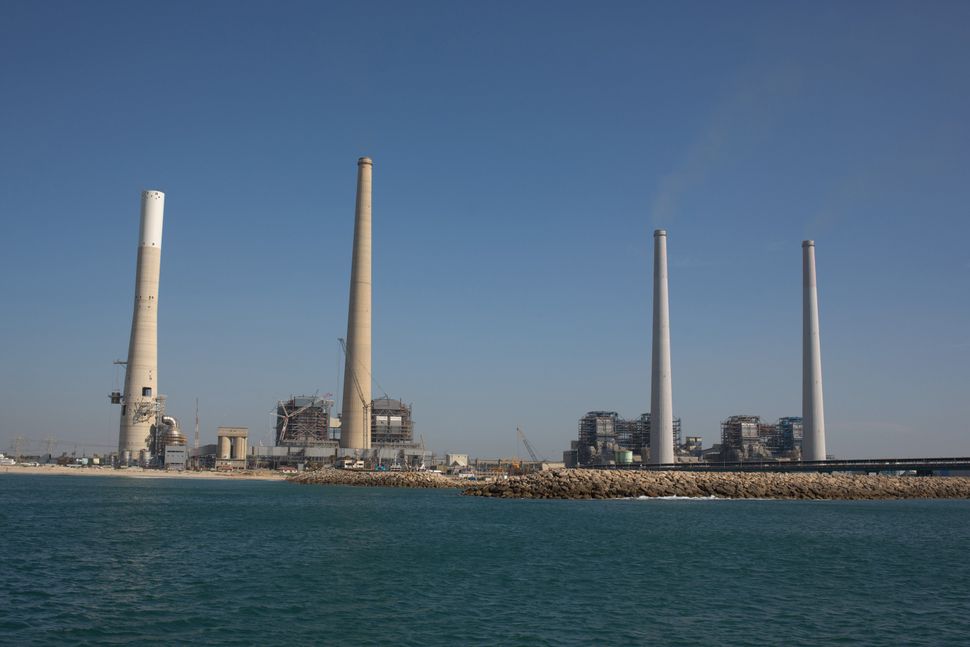 The navy asked in 2013 for an increase in its budget of $700 million to build up its systems and $100 million annually to maintain them, though the defense ministry declines to say how much it has since received.

The increase was tied to the need to defend the oil and gas development, and the current spending comes as Israel begins accepting bids from companies that want to explore 24 offshore blocks in the eastern Mediterranean that adjoin the vast Leviathan deposit.

Israel estimates 2,137 billion cubic meters and 6.6 billion barrels of oil are waiting to be found in the blocks and hopes to chose two or three foreign consortia to drill.

But Israel has fought several conflicts with nearby Lebanon over the past 40 years, and a little further north is Syria, where Iran has a military presence. Israel’s offshore energy platforms are, therefore, a potential security risk.

“There are a variety of systems that will prevent the rigs from being hit,” said an Israeli navy captain who oversees the integration of new ships and spoke on condition of anonymity.

Investors say the steps are reassuring.

“We have full confidence in the Israeli government’s ability to protect Israel’s territory and the development of its natural resources,” Mathios Rigas, the chief executive of Greek energy firm Energean, told Reuters.

Energean in August paid $148.5 million for the rights to develop Tanin and Karish, two smaller gas fields covered in a previous round of Israeli exploration licenses.

The company plans to invest up to $1.5 billion and bring in a floating production, storage and offloading unit that will be anchored around 100 km (62 miles) out to sea, making it a potential target for attackers.

As part of the stepped up defenses, four German-made corvettes worth $460 million will be arriving in 2019, the naval officer said.

Existing ships have already started carrying a sea-borne version of the U.S.-Israeli Iron Dome defense system, which can shoot down rockets fired at gas platforms.

New Sikorsky Seahawk helicopters will be carried on the decks of the corvettes, and the navy is purchasing upgraded Protector unmanned surface vehicles, developed by Israeli defense contractor Rafael, that will patrol around the deep-sea platforms, the officer said.—Reuters