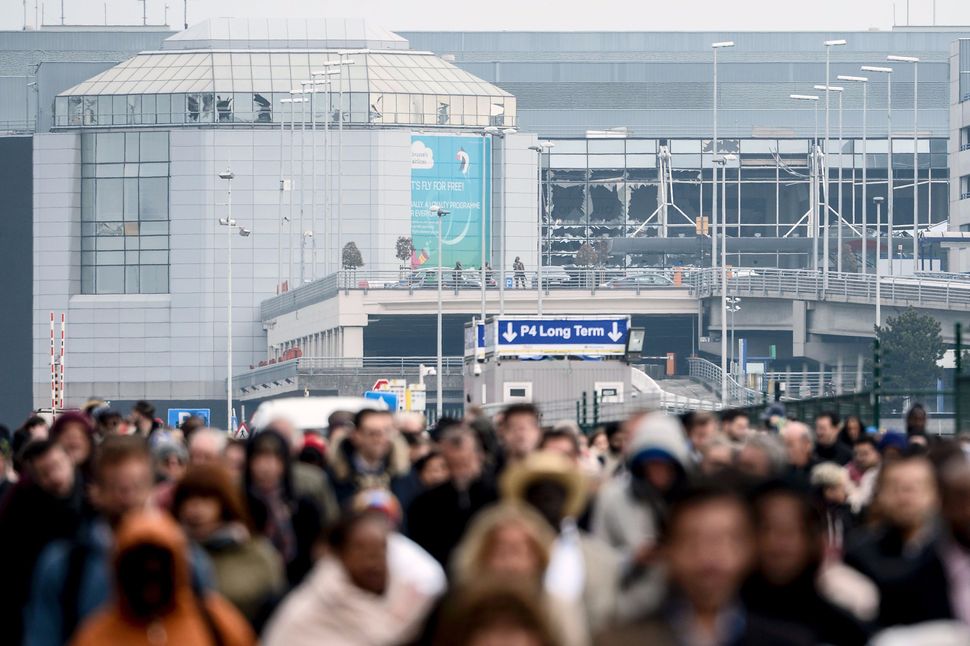 The Islamic State claimed responsibility for the March 22, 2016 attack on the Brussels airport and a suicide bomb attack at a metro station in central Brussels which took place an hour later.

Mohamed Abrini, a member of the attack team nicknamed the “man in the hat” who was arrested in Brussels on April 8,  reportedly told a Belgian court  after his arrest that one of the original targets in the attacks that killed 32 was the departure area for flights to Tel Aviv. Abrini ran from the scene of the airport attack without detonating his bomb-filled suitcase.

“We know they wanted to target Americans. It’s clear they had quite specific targets,” the source told AFP.  “We know they were obsessed with the Israelis too,” he also said.

One unnamed source told the news service that never-made-public camera footage showed one of the bombers standing among 60 high school students before he started to follow two haredi-Orthodox Jews, indicating that he “really, clearly wanted to kill a Jew.”

Four of the dead were Americans. Two young Israelis, both Belz Hasids who are easily identified as Jewish, were injured in the attacks and flown to Jerusalem for treatment.

The AFP also cited an unnamed U.S. government source who said that investigators “are very confident they (bombers) were targeting US, Russia and Israel.”

The attack occurred at around 8:00 am on a Tuesday, shortly before scheduled flights to the United States, Israel and Russia were set to depart by airlines including United, American, Delta, El Al, Brussels Airlines and Aeroflot.

Investigators believe the bombers were part of the same Brussels-based ISIS cell that planned the November 2015 Paris attacks.