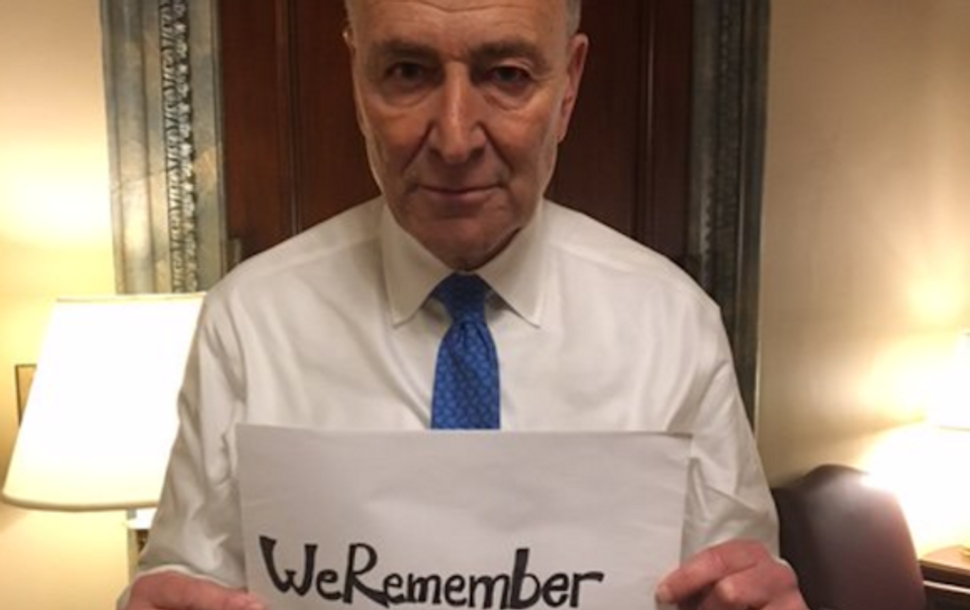 (JTA) — More than 200,000 people from around the world have posted on social media photos of themselves holding signs saying “We Remember” in dozens of languages ahead of International Holocaust Remembrance Day.

The social media campaign was launched two weeks ago by the World Jewish Congress in honor of International Holocaust Remembrance Day, which is marked each year on January 27, the anniversary of the liberation of Auschwitz.

Many Holocaust survivors have posted their photos, as well as actors, politicians and world leaders.

Thank you to Senator Chuck Schumer @SenSchumer for joining #WeRemember, and for his commitment to Jewish issues. Send us your pic&join too! pic.twitter.com/8LyaRkrZbO

“Anti-Semitism is more prevalent today than it has been at any time since World War II, and bigotry and discrimination still rear their ugly heads all around the world. This is why we all must declare, together, that we remember,” said World Jewish Congress CEO Robert Singer in a statement.