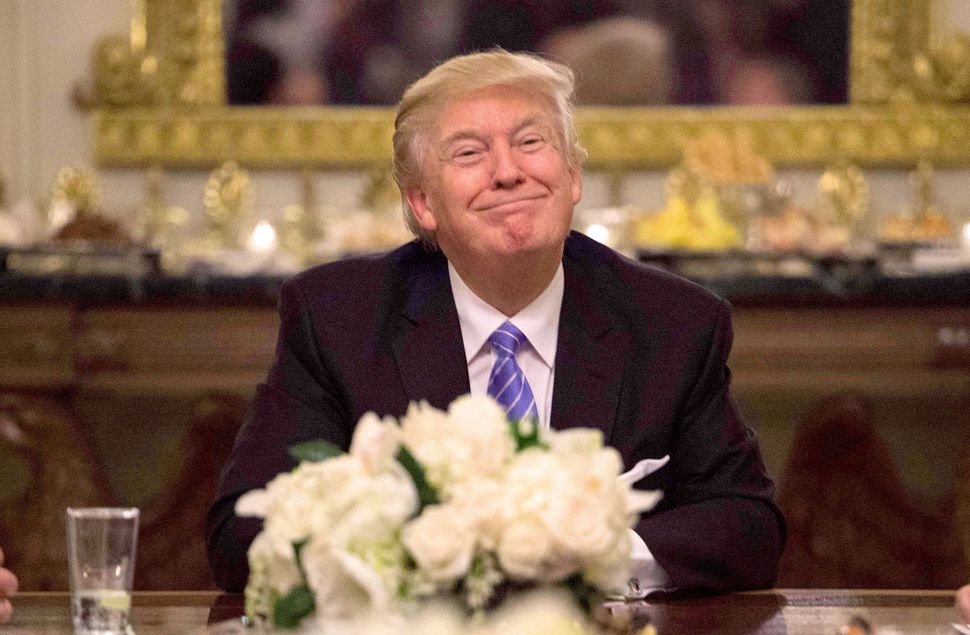 (JTA) — Several liberal Jewish groups have decried a leaked draft of an executive order from President Donald Trump that would temporarily bar refugees and immigrants from some Muslim countries from entering the United States.

The draft, which was leaked to the media Wednesday, bars the entrance of noncitizens from certain Muslim-majority countries, including Iraq, Iran, Syria, Yemen, Sudan, Libya and Somalia, for 30 days. It also suspends the U.S. Refugee Admissions Program for 120 days, and bans refugees from Syria from entering the U.S. until further notice. When the refugee program resumes, the government may prioritize asylum claims from members of persecuted religious minorities.

The executive order would begin to make good on Trump’s pledge during the campaign to bar Muslims, later amended to citizens of countries compromised by terrorism, from entering the United States. A chorus of Jewish groups criticized the proposal when Trump first announced it in 2015, and several liberal Jewish groups slammed it again Wednesday.

“As Jews, we recognize the danger in any action that singles out people based on their religious beliefs,” read a statement by Rabbi Jonah Pesner, director of the Religious Action Center, the Reform movement’s legislative advocacy arm. “If the order is issued as anticipated, it is deeply troubling, rooted in exclusion and discrimination, and echoes the most shameful parts of our history. ”

Other groups also recalled past Jewish suffering in opposing the executive order. Ahead of the Holocaust, the United States denied entry to Jewish refugees, most notably turning back the M.S. St. Louis, a ship carrying nearly 1,000 German Jews.

“Making decisions on who is welcome in our country based solely on their religion or national origin is fundamentally un-American,” said a statement by Stosh Cotler, CEO of Bend the Arc Jewish Action, a liberal advocacy group. “As Jews, we know what it’s like to be scapegoated and we will not be silent now.”

Bend The Arc endorsed a rally opposing the executive order to be held Wednesday in front of the White House. Other groups that oppose the draft order include the American Jewish World Service, which provides aid to poor countries, and Jewish Voice for Peace, which endorses the movement to boycott Israel.