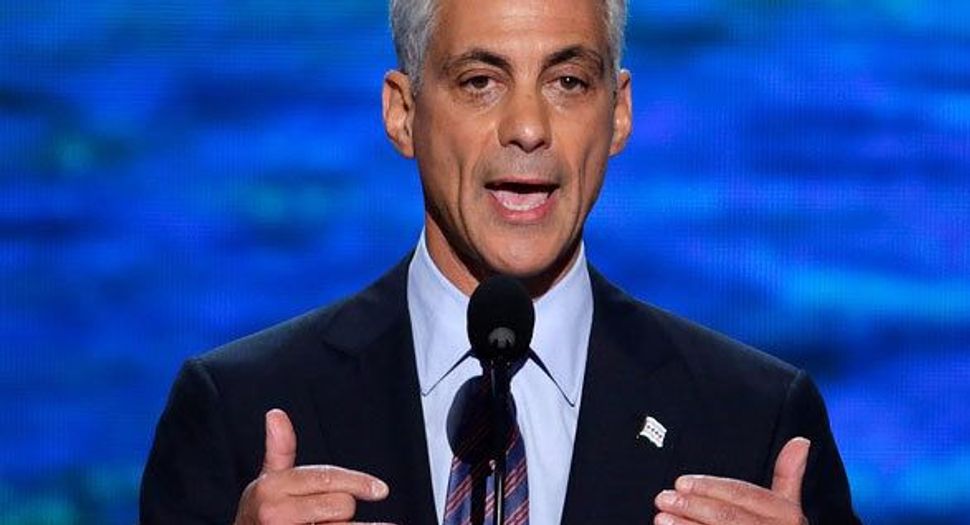 Chicago’s city council voted Wednesday to reaffirm its status as a sanctuary city and protect immigrants from deportations almost at exactly the same time that President Donald Trump signed an executive order that tightened immigration laws and declared that the U.S. government would cut off federal grants to sanctuary cities “except as deemed necessary for law enforcement purposes.”

The mayor said he had not been fully briefed on the executive order and was still uncertain what it meant for Chicago’s budget, since cutting off federal funds would require a vote by the Republican-dominated Congress. In 2017, the city is expected to receive $1.3 billion in federal grant money for many programs, among them law enforcement, but also early childhood education, health initiatives, transportation, and public assistance programs. This money is about 14% of the city’s overall budget.

The executive order says nothing about repealing the Deferred Action for Childhood Arrivals (DACA) program, which allows undocumented immigrants who arrived to the U.S. as children to remain and work here. The order does, however, declare that the federal government would prepare a public list every week of criminal actions committed by aliens.

At a December meeting with Trump, Emanuel appealed to the then-president-elect to continue the program, which protects 69,571 people in Illinois from deportation.

The news site DNAInfo reports that, based on an analysis by the Center for Budget and Accountability, a bipartisan Chicago-based think tank, the city could issue a court challenge to the federal government on the grounds that federal law prohibits officials from putting “strings on a particular federal grant if they have nothing to do with what the grant pays for.”

At his December meeting with Trump, held in New York at Trump Tower, Emanuel also made a personal plea for federal funding for police hiring and youth mentoring programs to help fight the city’s surge in crime.

During his campaign, Trump repeatedly used Chicago, which in 2016 reported its highest murder rate in 20 years, as an example of the unabated wave of crime and horror that was sweeping the country. On Tuesday night he tweeted, “If Chicago doesn’t fix the horrible ‘carnage’ going on, 228 shootings in 2017 with 42 killings (up 24% from 2016), I will send in the Feds!”

On Wednesday morning, Trump’s press secretary, Sean Spicer, was vague about whether the president had just indicated that he intended to send the National Guard into Chicago. “There can be aid,” he said, “if it was requested up through the governor through the proper channels that the federal government can provide on a law enforcement basis.” But there’s other aid that can be extended as well. Through the U.S. attorney’s office or other means, that will ensure the people of Chicago have the resources to feel safe. That’s what he means.” He added that the president was still awaiting the mayor’s call for help.

At his own news conference Wednesday morning, Emanuel told reporters that the National Guard “has nothing to do with public safety” and that he was “against it, straight up.” He was not against requesting other forms of aid that did not involve a military presence in the city.