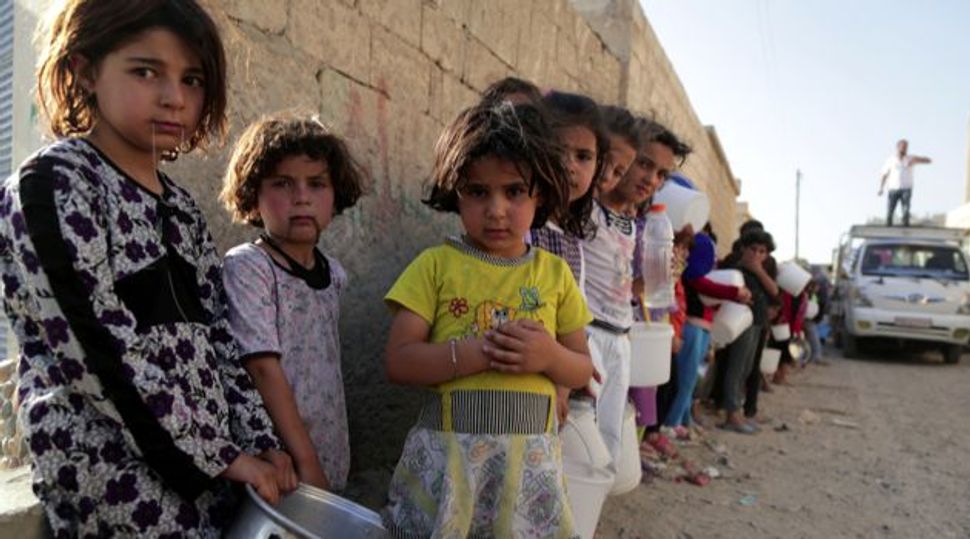 The Ignored?: Syrian children wait in line to collect a free Iftar meal in the northern city of Raqqa during the Muslim holy month of Ramadan on July 14. Image by Getty Images

Israel’s Channel 10 reported Wednesday night that Israeli Interior Minister Aryeh Deri approved the plan, which has not yet been put into action. Government offices reportedly will now work with international organizations in order to receive the refugees.

The children will live in a dormitory for their first three months in the country, according to the report. They will then be placed in foster care with Israeli-Arab families, Channel 10 reported. The children will hold temporary resident status and can become permanent residents after four years, which would allow them to stay in Israel for the rest of their lives, according to the report.

Any immediate relatives of the refugee orphans, including siblings, also could be granted refugee status, according to the report.

The refugees have been orphaned in the ongoing civil war between government forces loyal to President Bashar Assad and anti-government rebels.

Israel has treated those wounded in the conflict for the past several years. Over 2,000 Syrians have been treated in Israel, many women and children, according to the Times of Israel.