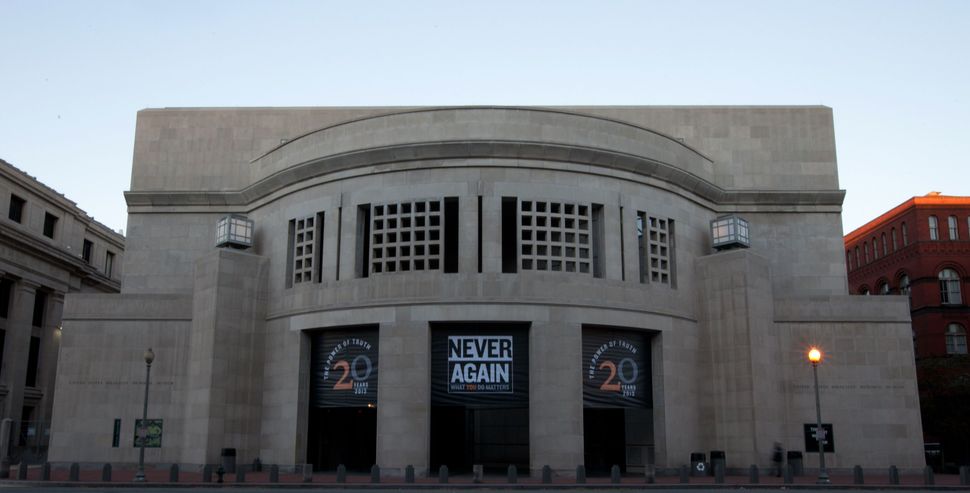 Image by Courtesy of USHMM

The statement issued Tuesday night does not directly address President Donald Trump’s recent executive order suspending entry of all refugees to the United States for the next four months, and barring Syrian refugees from entering the U.S. for an indefinite period, but clearly is a response to it. The museum rarely comments on government actions.

The museum, the statement says, “is acutely aware of the consequences to the millions of Jews who were unable to flee Nazism,” and ” continues to have grave concern about the global refugee crisis and our response to it.”

“During the 1930s and 1940s, the United States, along with the rest of the world, generally refused to admit Jewish refugees from Nazism due to anti-Semitic and xenophobic attitudes, harsh economic conditions, and national security fears,” the statement said.

Today, the museum said in the statement, “There are many legitimate refugees fleeing the Assad regime’s sustained campaign of crimes against humanity and the genocidal acts perpetrated by ISIS against the Yazidis, Christians, and other religious minorities. American policy should fully address national security concerns while protecting legitimate refugees whatever their national or religious identity.”

The museum is overseen by the United States Holocaust Memorial Council, which includes 55 private citizens appointed by the President of the United States, five members each from the Senate and the House of Representatives, and three ex-officio members from the Departments of State, Education, and the Interior. The museum is funded by private donors and foundations.