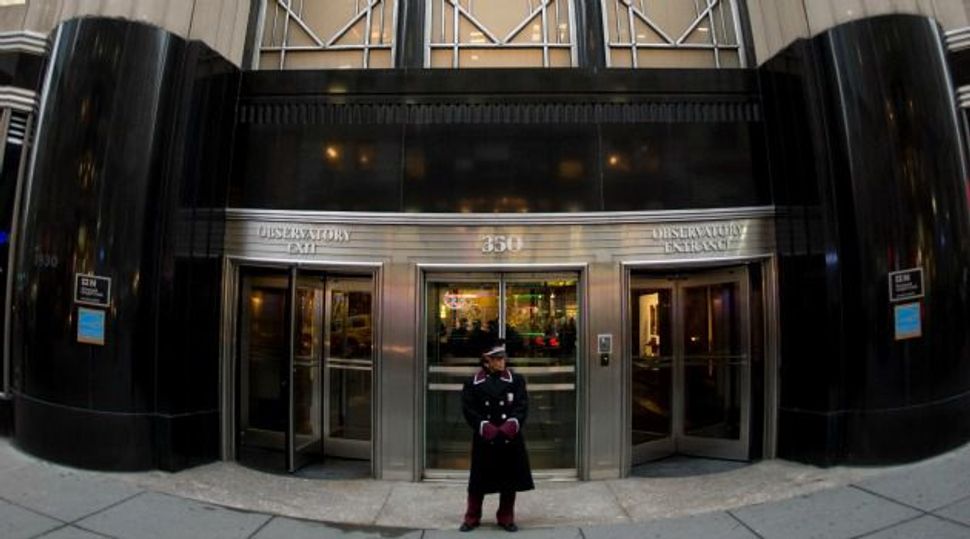 The cartoon that appeared on the exam administered Jan. 24 shows three Israeli soldiers — identified by a Star of David on the back of one — huddling behind an overturned table with guns drawn as one of the soldiers says, “I knew this peace table would come in handy someday,” the New York Post reported.

The question on the multiple choice exam is: “What is the main idea of this cartoon?”

One 10th-grade student told the Post that a Jewish classmate told a teacher that he felt targeted.

“The entire class said it was offensive, but the teachers told us it was a random question found online and put it in the test,” the unnamed student said. “A Jewish kid then told the teacher he felt insulted. He said he felt like they were putting the blame on his religion.”

State Education Department spokesman Jonathan Burman told the newspaper that the question “measures the students’ ability to analyze a political cartoon, understand the cartoonist’s point of view and apply that information to the questions being asked.”

He said the question was not meant to indicate a point of view held by the Education Department.

State Assemblyman Dov Hikind, who is an Orthodox Jew, told the Post that he considers the cartoon “anti-Israel propaganda.”

“There’s nothing to learn from this. It’s only to undermine Israel, and I can tell you that the people who came to me — a teacher who saw this and was so furious, so upset that this was on the Regents,” he said.

“Why would you use this? What is the purpose of this? It makes me very angry that people responsible made this decision.”