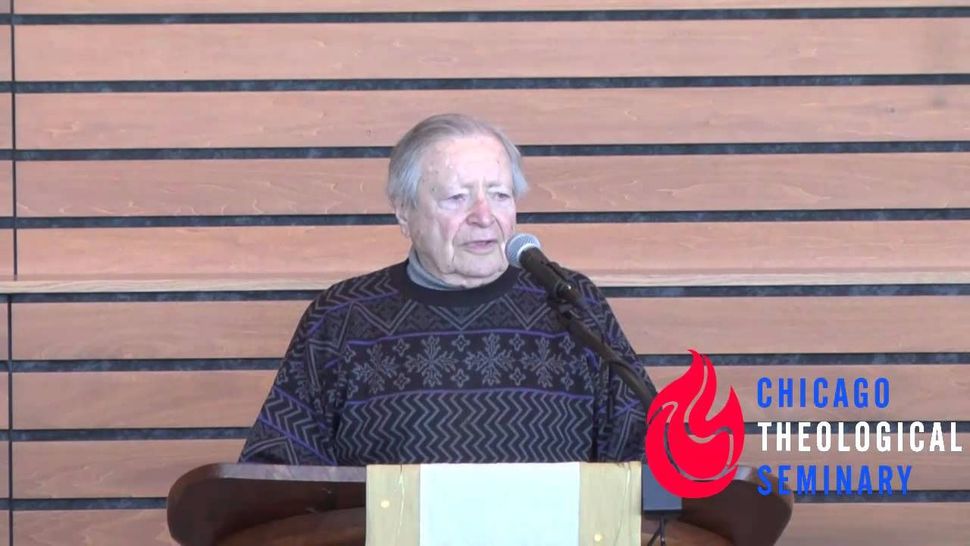 (JTA) — Rabbi Herman Schaalman, who was the oldest living Reform rabbi, has died at the age of 100.

Schaalman, a leader in the Reform movement for seven decades, died on Tuesday, according to the Union for Reform Judaism.

He served a small congregation in Iowa before moving to Chicago to become the Midwest director of the Union of American Hebrew Congregations, which later became the URJ. He was named senior rabbi of Chicago’s Emanuel Congregation in 1956, and served for 30 years, though he continued to teach Torah classes at the temple after his retirement.

He was a founder and the inaugural director of the URJ’s Olin-Sang-Ruby Union Institute in Oconomowoc, WI, the first of the URJ’s summer camps, which has now grown to 18.

A native of Munich, Germany, Rabbi Schaalman was one of five young men selected by Rabbi Leo Baeck to come to the United States on scholarship in 1935 to study for the rabbinate at Hebrew Union College-Jewish Institute of Religion (HUC-JIR) in Cincinnati.

He married his wife of 76 years, Lotte, the day after his ordination in 1941, since rabbinic students at the time were required to be unmarried, according to the URJ. Lotte Schaalman died last month.

Schaalman was active on committees of the Central Conference of American Rabbis, which he served as president from 1981 to 1983, and was instrumental in helping define the organization’s positions on interfaith marriage and patrilineal descent.

Schaalman received many awards and honors throughout his lifetime, including a Doctor of Divinity degree from HUC-JIR in Cincinnati in 1966 and the Order of Merit, First Class, awarded to him in 1995 by the president of Germany. The International Council of Christians and Jews gave Schaalman its highest honor, the Interfaith Gold Medallion-Peace Through Dialogue.

In addition, the Chicago Theological Seminary established The Rabbi Herman E. Schaalman Chair of Jewish Studies in 2005 and in 2012, the University of Chicago initiated the Herman E. and Lotte Schaalman Civilization Program for study in Jerusalem.

“Rabbi Schaalman inspired generations of rabbis, as well as countless Jews and people of all faiths to search for God and repair our world,” URJ President Rabbi Rick Jacobs said in a statement.” As a teacher and community leader, his legacy extends from pre-war Germany to the pillars of contemporary Reform Judaism, and includes introducing innovation, preserving tradition, and embracing diversity. The current work of the URJ owes much to the pioneering interfaith outreach and cutting-edge theology of Rabbi Schaalman. He will be sorely missed.”