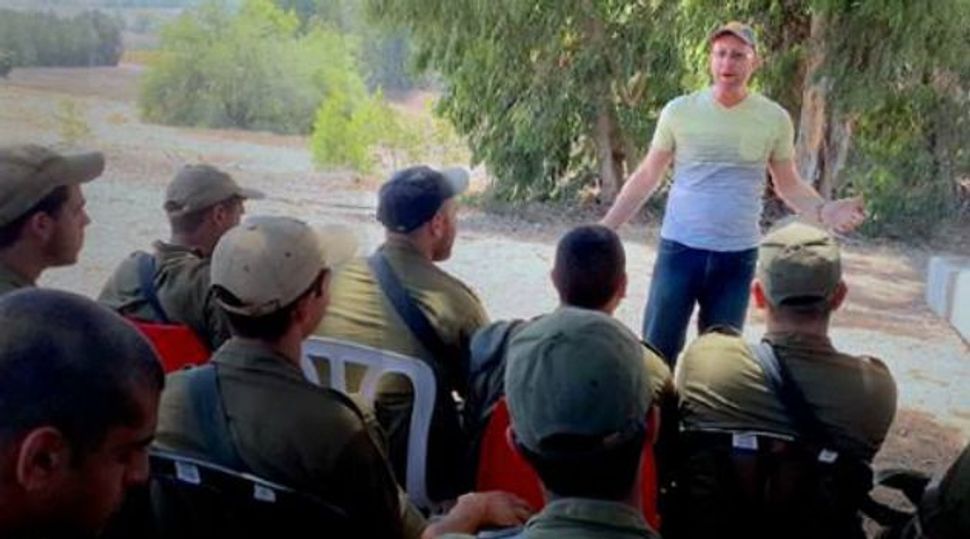 JERUSALEM (JTA) — An Israel Defense Forces military court demoted the senior military official accused of rape but instead convicted of sexual offenses as part of a plea bargain.

Ofek Buchris on Thursday was demoted to colonel as part of his sentence; he was previously a brigadier general. He also was given a suspended jail sentence of seven months.

The judges reportedly said at the hearing, the Jerusalem Post reported, that: “lowering one rank does not seem enough and the majority of the three judge panel had thought an additional demotion would be appropriate, but we will respect the plea bargain grudgingly.”

Under the deal, Buchris was convicted of prohibited sexual relations by consent instead of three counts of rape. His two accusers were required to approve the deal.

Buchris, 47, resigned in July from the Israel Defense Forces days after he was indicted by the military advocate general for 16 sexual offenses against a female soldier and a female officer allegedly committed between 2010 and 2012, when they served under his command.

Buchris denied all the charges against him before agreeing in November to the plea bargain. As part of the deal, he admitted in a public letter to some of the offenses, though not to rape, and said that he took “full responsibility” for his actions.

In March, his promotion to head the IDF Operations Division was nixed when the allegations came to light. He also was suspended from his temporary post with the army’s Command and Staff College.

Buchris reportedly was on a shortlist of potential candidates for IDF chief of staff down the line.

As commander of the Golani Brigade from 2010 to 2012, Buchris is suspected of having raped and sexually abused one of the soldiers; the second soldier came forward several days after the first accusations were made.

As a battalion commander, Buchris was critically injured during Operation Defensive Shield in 2002 and was awarded a citation for his bravery.