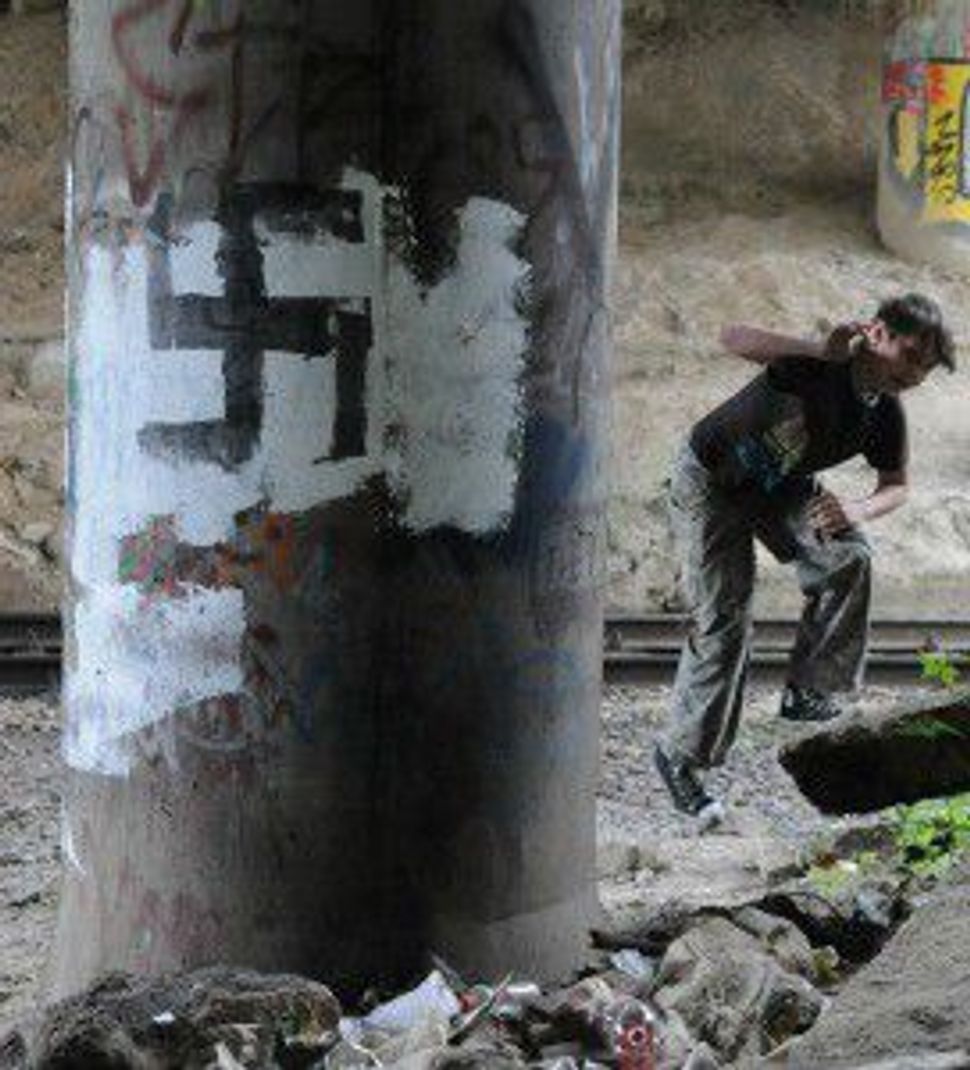 (JTA) — A swastika and “KKK” were found trampled in the snow in a park in Queens, New York.

The graffiti discovered Wednesday morning in a Middle Village is being investigated by the New York Police Department Hate Crimes Task Force, DNAinfo reported. Eileen O’Gara Linzer was walking her dog when she spotted the graffiti; she posted photos of it on Facebook.

Linzer noted in the post that her husband is Jewish, and that she complained to the local Anti-Defamation League, Southern Poverty Law Center, the local Patch news website, the New York Daily News and the Governor’s Hate Hotline.

Earlier in the week, swastikas were painted on fences, signs and homes in the Texas community of Fort Bend County, about 35 miles from Houston.

A neighbor of the homeowner who discovered swastikas painted on her garage and fence told the local ABC affiliate that she thinks it was caused by bored teenagers and was not meant to be a hate crime.