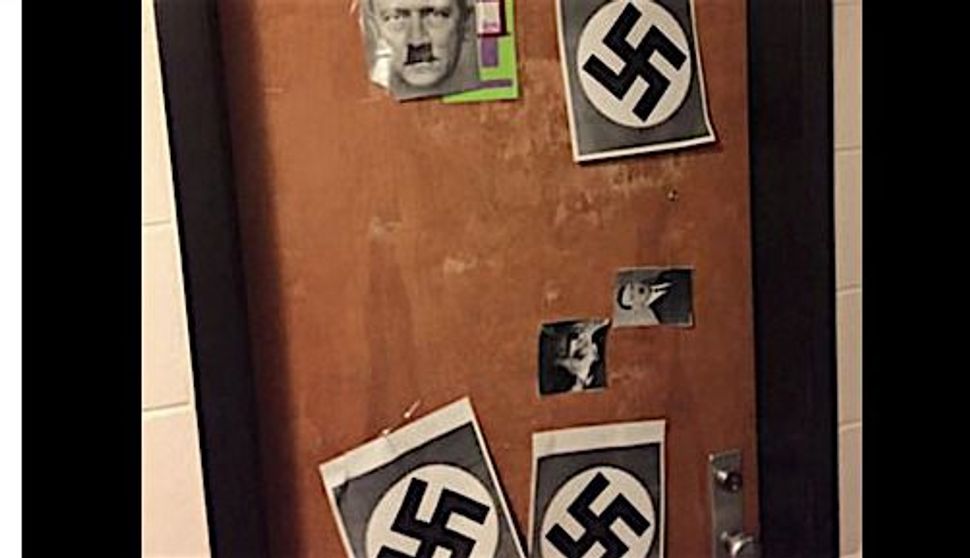 (JTA) — A Jewish student at Beloit College in Wisconsin was targeted twice with anti-Semitic messages, including a threatening note.

Last Friday, an anti-Semitic note was found under the door of the student’s dorm room, and earlier this month, a swastika was painted on a dry-erase board on her door, Rabbi Chesky Rothman, who runs a Jewish student center at the small liberal arts college with his wife, confirmed to JTA.

“Ke, You should be gassed for what you say & do on this campus. Be worried ct,” the note read, according to an op-ed published by The Beloit College Round Table.

In a separate incident, a Beloit student reported Monday that anti-Muslim graffiti and a swastika had been spray-painted next to and on his door. However, the Beloit Police Department said Wednesday that the student in question, Michael Kee, had been arrested after confessing that he had perpetrated the vandalism.

On Monday, Beloit police had said it was investigating “three incidents of potential hate crimes involving two students” at the college.

Beloit President Scott Bierman said in a statement posted Wednesday on the college’s Facebook page that Kee’s arrest “must not distract us from the hate crimes directed toward a Jewish female student last week.”