Like Most Federations, JUF of Chicago Tried to Avoid Politics—Til Now 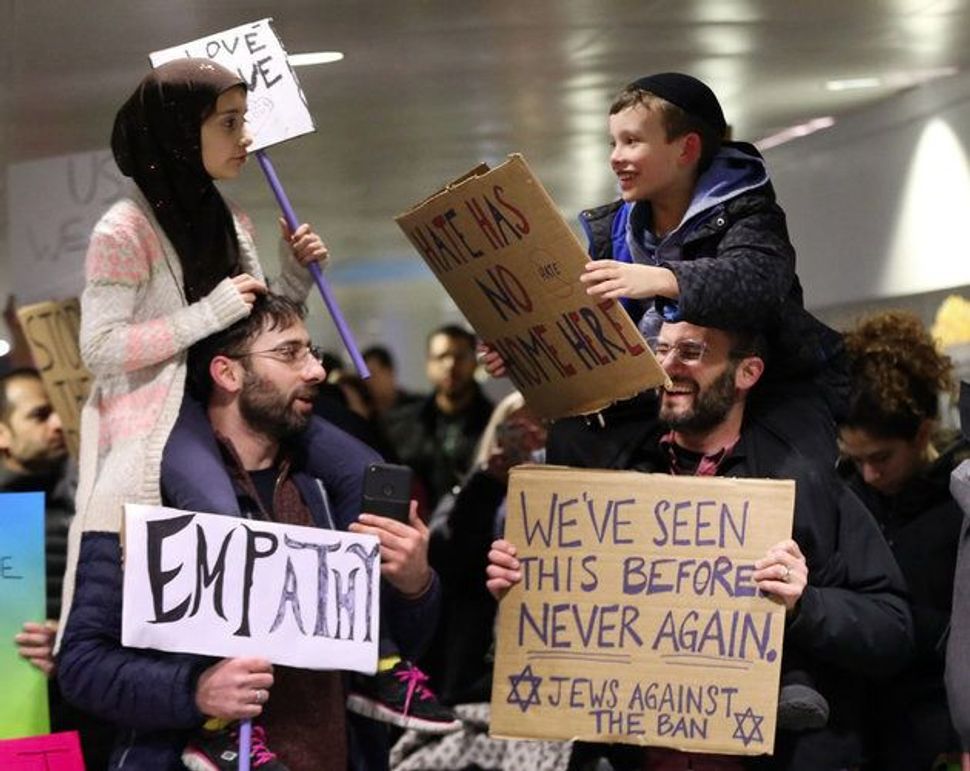 The Jewish Federation of Metropolitan Chicago issued a statement earlier this week criticizing the Trump administration’s “sweeping, sudden, and uncoordinated” move to temporarily ban refugees and travelers from seven majority-Muslim nations from entering the United States.

As a protest action, that may not sound like much. But it’s an unusual step for the federation, which typically uses extreme caution in its public statements and prefers to avoid politics.

“Every public policy should be reviewed and strengthened, especially when it involves our security,” the statement says. “However, the administration’s sweeping, sudden, and uncoordinated executive order undermines the noble ideal of our nation serving as a safe harbor for those fleeing persecution, and directly imperils the Federation’s work on their behalf.”

The administration, describing the seven countries cited as centers for terrorism, has defended the order as a valid security measure and denies it’s a ban on Muslims. But the order, which also targets individuals with green card residency permits and valid visas, directs that non-Muslim nationals of these countries be prioritized over Muslims for admittance, separate from the danger a refugee applicant faces back home. The vast majority of those killed by violent extremists in these countries are Muslims that the extremists deem as heretics.

“The Federation opposes policies that bar or privilege certain groups of refugees solely because of their religion or country of origin,” the Federation statement says. “It is the well-founded fear of persecution by any country against any minority that has long inspired America to provide refuge.”

The Federation does not take the step of issuing statements lightly. But in this case, it seemed necessary, said Aaron Cohen, the vice president of marketing and communications, because the travel ban interferes directly with what he called “a core area of our work.

“Of course people will come to their own conclusions [about] what is directly within the realm of our work,” he added, “but in this case, yeah, it is. We resettle refugees, and we’ve been doing it since 1975. We have a tremendous amount of experience and… we will not hang our clients, especially the most vulnerable and at risk, on the petard of political feelings.”

The Federation, as the statement noted, is the administrator of the Illinois Refugee Social Service Consortium which has helped resettle 125,000 people in the past 40 years, including refugees from Iraq and Syria, two of the countries that are part of the executive order’s ban.

Several other Federations across the country have issued similar statements, including Washington DC, Baltimore, Milwaukee, Boston, Silicon Valley, and Seattle.

Like Most Federations, JUF of Chicago Tried to Avoid Politics—Til Now