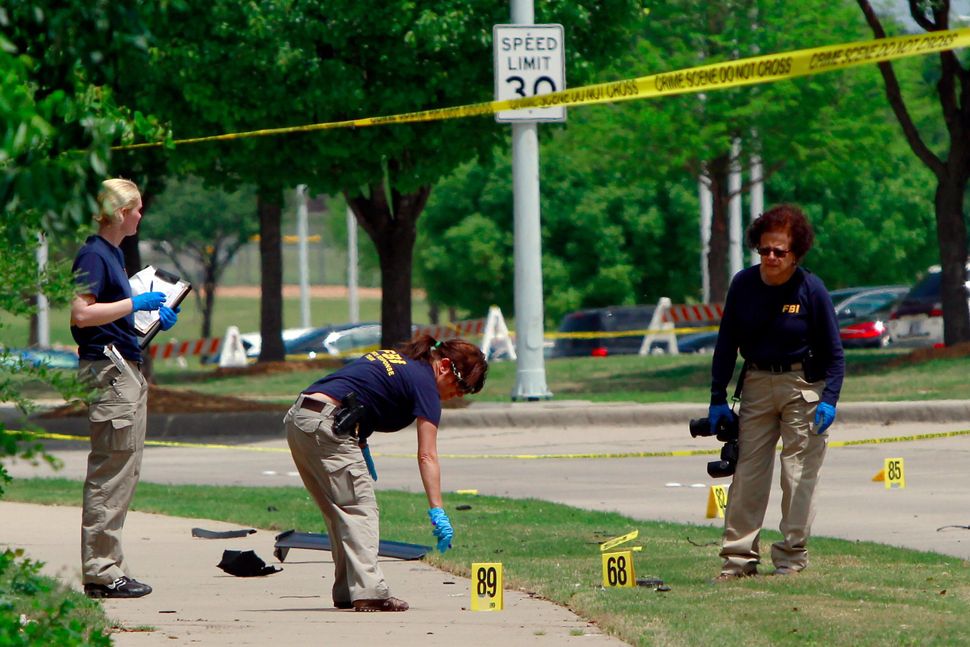 An Arizona man was sentenced to 30 years in prison for conspiring to support the Islamic State for his role in planning a May 2015 shooting in Garland, Texas, the Justice Department said on Wednesday.

The case against Kareem, also known as Decarus Thomas, was the first Islamic State-related prosecution to reach trial of the dozens brought by the federal government across the nation and the second to result in a jury verdict.

Kareem maintained his innocence and denied involvement in the attacks when he took the stand for two days in his federal trial last year. An attorney for Kareem could not be immediately reached to comment on the sentence on Wednesday.

Kareem’s roommates, Elton Simpson and Nadir Soofi, of Phoenix, were killed by Garland police after they opened fire with assault rifles outside the May 3 cartoon event. It was intended to satirize Islam’s Prophet Mohammed.

The shooting came months after gunmen killed 12 people in the Paris offices of French satirical magazine Charlie Hebdo in what was said to be revenge for its cartoons depicting Mohammed.

Such portrayals are considered offensive by Muslims. None of the approximately 150 people attending the Garland event were hurt.