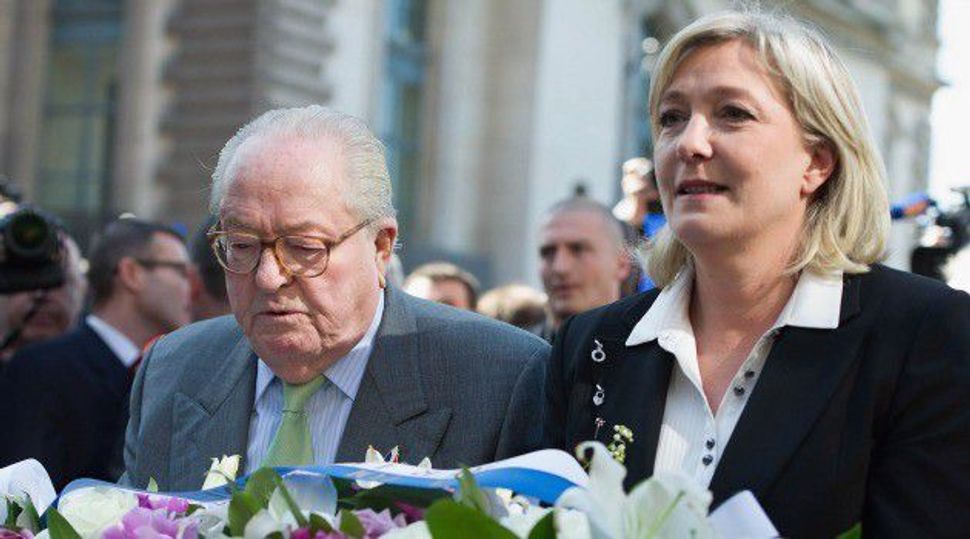 (JTA) — Jean-Marie Le Pen, founder of France’s far-right National Front party, has been charged with inciting hatred for anti-Semitic statements he made in 2014.

Le Pen, 88, said in a video posted on the party website in June 2014 that “next time we will put him in an oven” when asked about French singer Patrick Bruel’s criticisms of the party. Bruel is Jewish. In the video, Le Pen attacked a number of critics of the party.

He has a history of convictions for “inciting racial hatred” and Holocaust denial. He once described the gas chambers in Nazi death camps as a historical “detail.”

Le Pen’s daughter, Marine, currently heads the party and is running for French president. Marine Le Pen has sought to gain mainstream acceptance for the National Front by distancing herself and the anti-immigrant party from her father’s anti-Semitic rhetoric. In May 2015 Jean-Marie Le Pen was suspended from the party, and later expelled for his Holocaust denial and anti-Semitic speech. A court in November said the party must allow him to retain the title of honorary president, however. Jean-Marie Le Pen has since disowned his daughter.