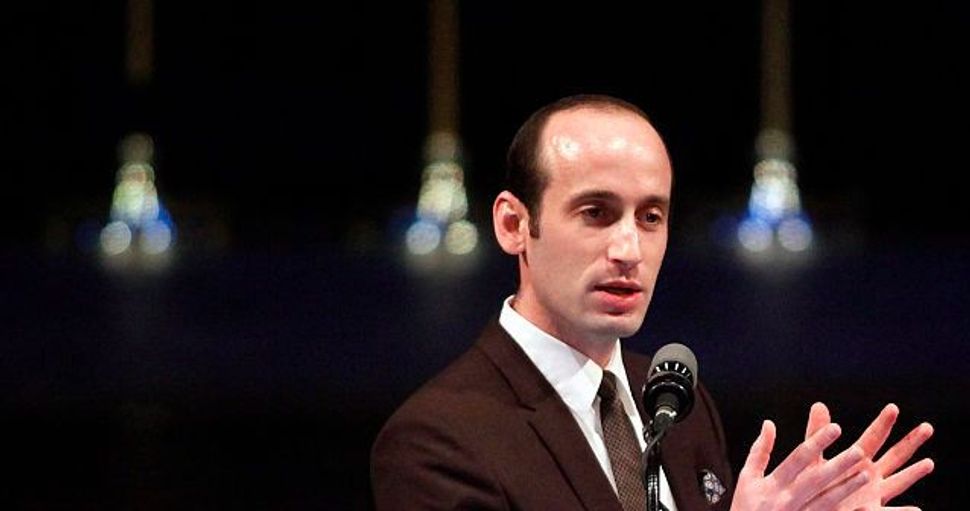 A White House official launched a blistering attack on the federal appeals court that blocked President Donald Trump’s executive order on immigration on Sunday, calling its ruling a “judicial usurpation of power.”

The Trump administration has faced multiple legal setbacks to its travel ban issued on Jan. 27, and the Republican president has said he may issue a new executive order rather than go through lengthy court challenges.

Miller referred to immigration law that the executive order is based on that gives the U.S. president broad powers to restrict who enters the country on national security grounds.

However, the same law forbids discrimination on race, sex, nationality or place of birth or residence. The case also could involve First Amendment protections involving religion.

A week later, a federal judge in Seattle issued a temporary restraining order that put the president’s travel ban on hold, eliciting a barrage of angry Twitter messages from Trump. The judge’s suspension was upheld by a three-judge panel of the 9th U.S. Circuit Court of Appeals in San Francisco on Thursday.

Miller, appearing on several television news shows, criticized the court and its ruling.

The powers to restrict entry into the United States “represent the very apex of presidential authority,” he added.

“We have multiple options and we are considering all of them,” Miller said while appearing on ABC’s “This Week.”

Those include formulating a new executive action, appealing the 9th Circuit panel’s decision to the full appeals court and appealing the emergency stay to the Supreme Court, he said.

Documents and emails authored by administration officials may contain evidence that the order was an unconstitutional attempt to ban Muslims from entering the United States, and Ferguson said on ABC’s “This Week” that he will use “every tool” at his disposal to bring those to light.