January Terrorist Attacks In Israel Bloodiest In Half A Year 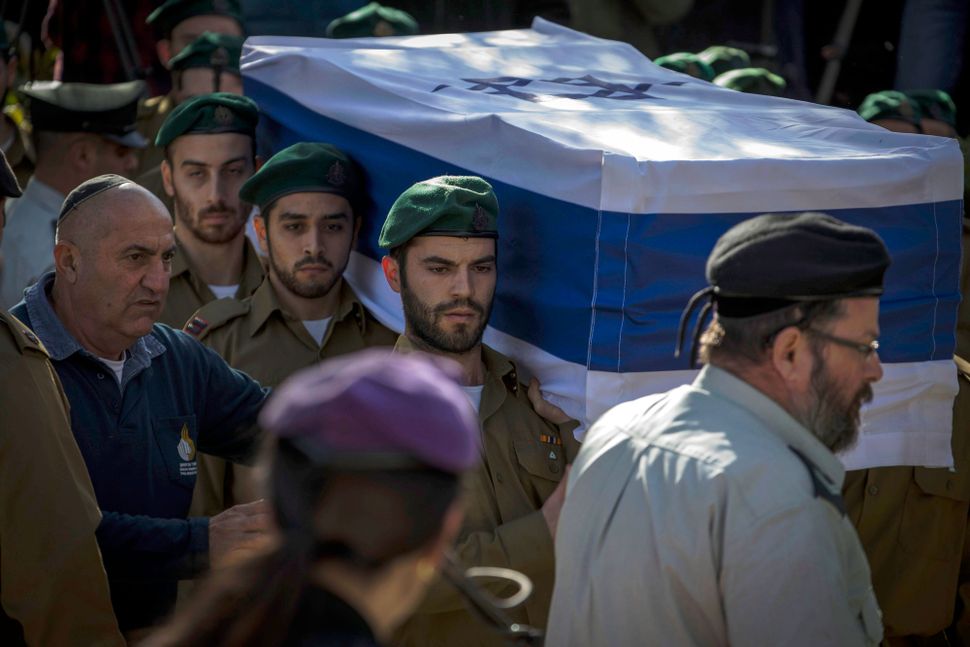 January was the deadliest month in Israel for terrorist attacks since June. Image by Getty Images

(JTA) – The slaying of five Israelis in January by Palestinian terrorists made that month the deadliest since June, according to the Shin Bet security service.

Four of the victims were killed by a terrorist in Jerusalem on January 8, when the assailant drove his truck into a crowd of soldiers near the Armon Hanatziv building in the neighborhood of East Talpiot.

Another man was killed the previous week in Haifa. A total of 100 attacks recorded in January left 16 wounded in total, according to Shin Bet’s monthly report, which was published earlier this week.

Shin Bet recorded 98 attacks in December. Before January, fatalities among victims of terrorist attacks occurred in October, when two victims died in such incidents, and in January 2016, when five victims also died.

Of the attacks documented last month, 81 involved the hurling of firebombs.

Separately, Palestinians accused an unnamed driver, whom they claimed was an Israeli settler, of deliberately hitting with his car a Palestinian man at the entrance to the town of Beit Ummar near Hebron.

Rafat Muhammad Shihdeh Abu Arrar Masalmeh was hit Thursday evening while approaching the parked car of his brother on the shoulders of the road, according to a report by Ma’an news. He is 36. The report did not specify his condition.

The report quoted a man described as a “local activist” of saying the settler hit Masalmeh deliberately and then fled the scene.

According to the report, Israeli police later questioned the hitting driver, who reportedly said he hit Masalmeh by accident.

January Terrorist Attacks In Israel Bloodiest In Half A Year