French Court: Robbery And Rape Of Jewish Couple Not A Hate Crime 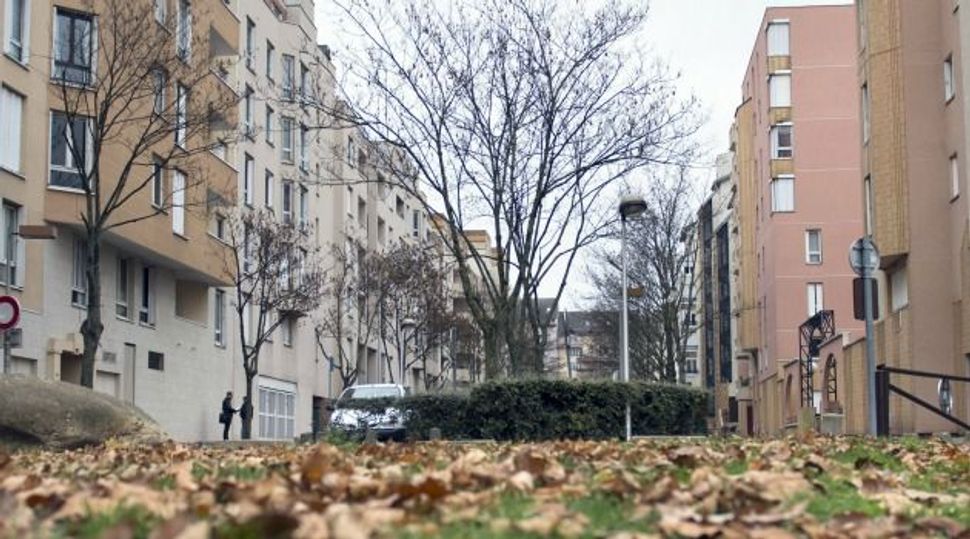 A Jewish couple in this suburban Paris neighborhood was targeted in a violent home invasion robbery and rape. Image by getty images

(JTA) — French prosecutors omitted any reference to hate crimes from the indictment of four men suspected of rape and robbery at a suburban Paris home they acknowledged was targeted because it belonged to Jews.

The handling judge of inquiry — a magistrate who in France is responsible for conducting the investigative hearing that precedes a criminal trial — decided against including hate crime charges in the 2014 incident in Creteil, the Le Parisien weekly reported Tuesday.

The draft indictment against the four suspects now contains charges of group rape, armed robbery, abduction and conspiracy to commit a crime, but no reference to violence on ethnic or religious grounds, the Le Parisien reported.

The National Bureau for Vigilance Against Anti-Semitism, or BNVCA, watchdog group published a statement Wednesday speaking of its “concern and indignation over the decision taken by a novice judge of inquiry” to “delete the aggravated circumstances.” According to BNVCA, the judge who handled the case previously had included the religious grounds charges in a draft indictment.

The Creteil rape allegedly occurred while one armed suspect guarded the woman’s boyfriend and another went with his credit card to a cash machine. The victims said the assailants hurled anti-Semitic insults at them.

Both Prime Minister Manuel Valls and Interior Minister Bernard Cazeneuve saw the incident as glaringly anti-Semitic. Valls who wrote on Twitter that “the horror of Creteil is a deplorable example of how the fight against anti-Semitism is a constant fight.

Occurring amid a major increase in anti-Semitic violence in France in connection with Israel’s attacks on Hamas that year in Gaza, the incident echoed for many the traumatic murder and torture in 2006 of Ilan Halimi, a phone salesman who was abducted by a gang led by a career criminal with a history of targeting mostly Jewish victims.

Some French Jews regard that incident as the turning point in the emergence of an unprecedented wave of violence against French and Belgian Jews, where more than 12 people have died since 2012 in at least three jihadist attacks on Jewish targets.

French Court: Robbery And Rape Of Jewish Couple Not A Hate Crime