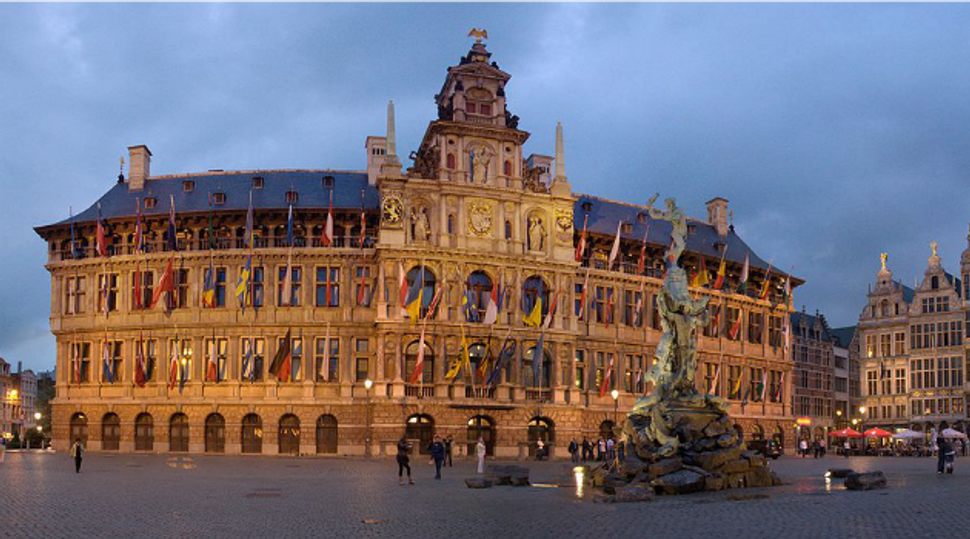 (JTA) — Jews from Belgium’s Flemish Region said they “lost all confidence” in the country’s anti-racism authority over its lawyer’s defense of a Palestinian man whom the same lawyer helped convict for hate speech over calls to slaughter Jews.

The unusual rebuke Thursday by the Forum of Jewish Organization of Flanders came after the Jewish weekly Joods Actueel published a leaked email written by Johan Otte, a judicial expert of the Interfederal Centre for Equal Opportunities, or UNIA.

In it, Otte condemned the conviction on Tuesday for incitement to violence by a criminal tribunal in Antwerp of a man who in 2014 shouted anti-Semitic slogan during a protest rally in that city. The man was given a six-month suspended sentence. Two defendants who also stood trial alongside him were acquitted.

Otte’s rebuke, in which he called the sentence “distorted justice instead of true justice” is remarkable also because UNIA was one of two complainants who initiated the trial against the man the court convicted. The other party was the Flemish Jewish forum.

“The email clearly illustrates that UNIA’s sympathy lies with the perpetrator over his would-be victims,” the Jewish group wrote in their statement.

Joods Actueel editor-in-chief Michael Freilich said the case was the latest in a list of failures to confront anti-Semitism by the Belgian state authority for fighting racism. He added UNIA’s track record suggests “it is only paying lip service” to the fight against anti-Semitism when in reality it fails to act on this type of racism as vigorously as it confronts other forms of xenophobia.

UNIA’s press service did not reply to requests for comment by JTA and Joods Actueel.

On Friday, Liesbeth Homans, the minister in charge of equal opportuities within the government of te Flemish Region — one of three entities that make up the federal Belgian state — called for a review of UNIA’s activities in light of Joods Actueel’s report.

In 2011, a police superintendent, David Vroome, told Joods Actueel that an employee of UNIA’s predecessor said that Jews “think they can get away with everything because they have money, financial power but also because they keep triggering our guilt over the Holocaust.”

The organization that UNIA replaced defended the employee and accused the officer of a “dishonest account.”