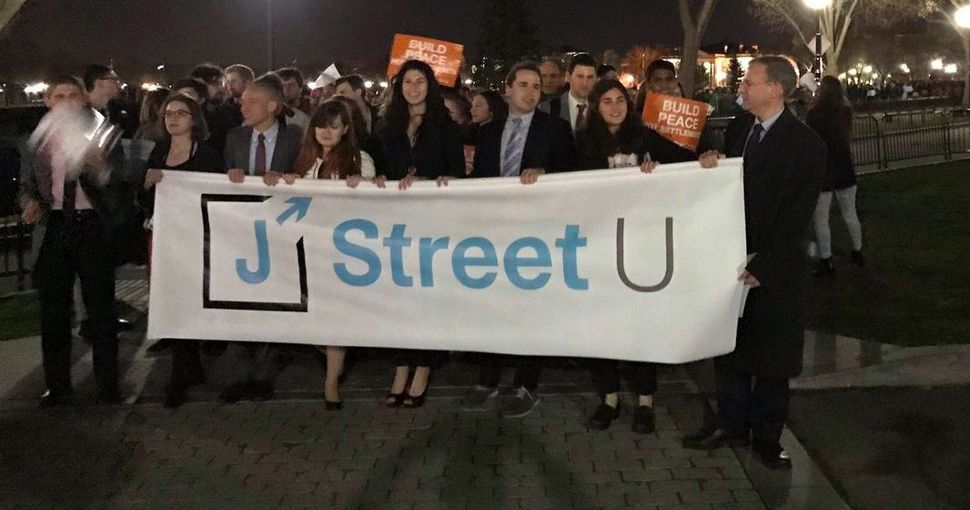 Over a thousand supporters of J Street gathered on Saturday night in Washington, D.C. for the left-wing Jewish group’s annual conference.

On the opening night of a three-day event that J Street’s leaders say will be its largest gathering ever, with more than 3,500 expected participants, it was clear that 2017 is going to be a turning point for this organization.

The speeches during the first night of the conference, especially the one offered by J Street’s president and founder, Jeremy Ben Ami, branded the Jewish group, which began its activities a decade ago, as part of the opposition fighting against “the dark clouds” amassing under the Trump administration. Ben Ami, who encouraged the crowd to “fight and resist,” mentioned J Street’s Israel-related agenda in his speech – including settlements, the two-state solution and the Iran nuclear deal – but it was his references to the Trump agenda that got the crowd fired up, and seemed to pave the way forward for the organization.

“Our challenges are not limited to the Middle East,” Ben Ami said. J Street started, and still defined itself, as the “pro-Israel, pro-peace” lobby that fights for a two-state solution. But the reactions from the crowd at the conference showed that the group’s grassroots currently view Trump’s actions on issues like immigration, freedom of the press and racial relations as urgent tasks that demand a response.

Every time Ben Ami mentioned Trump’s name, the crowd rang loudly with small bells that were distributed earlier. The gesture, coming two weeks before the Purim holiday with its tradition of making noise when discussing the evil Hamman, did not repeat itself as loudly and unanimously when Benjamin Netanyahu was mentioned.

The loudest boos from  the audience, however, came when Ben Ami mentioned David Friedman, Trump’s nominee for the post of ambassador to Israel, who said last year that J Street supporters were “worse than Kapos” (Jews who assisted the Nazis during the Holocaust.) The opposition to Friedman was presented as part of a larger plan to “protect our values” and “fight for our future” – both at home in the U.S., and to the extent possible also in Israel.

Ben Ami banded the two struggles together by stating that democratic and Jewish values were “under attack” in both countries. After the end of the official schedule, hundreds of students who arrived to the conference from across the country organized a rally not far from the White House. While many of them carried signs relating to Israel and the two-state solution, others chose to focus on refugees, Islamophobia, and the Trump White House’s failure to denounce anti-Semitism up until last week.

The conference’s main event will be on Monday night, when Senator Tim Kaine will give a keynote speech. Senator Bernie Sanders will also address the conference on that day, as will former Secretary of State Madeleine Albright.

While Kaine has been a leading voice in the Senate on Israel for a number of years now, Sanders is a less frequent speaker in events devoted entirely to the Middle East. This year’s conference, however, is no longer that kind of event – and it will be interesting to see how much of the two Senators’ speeches will be about Israel, and how much on the situation in Washington.