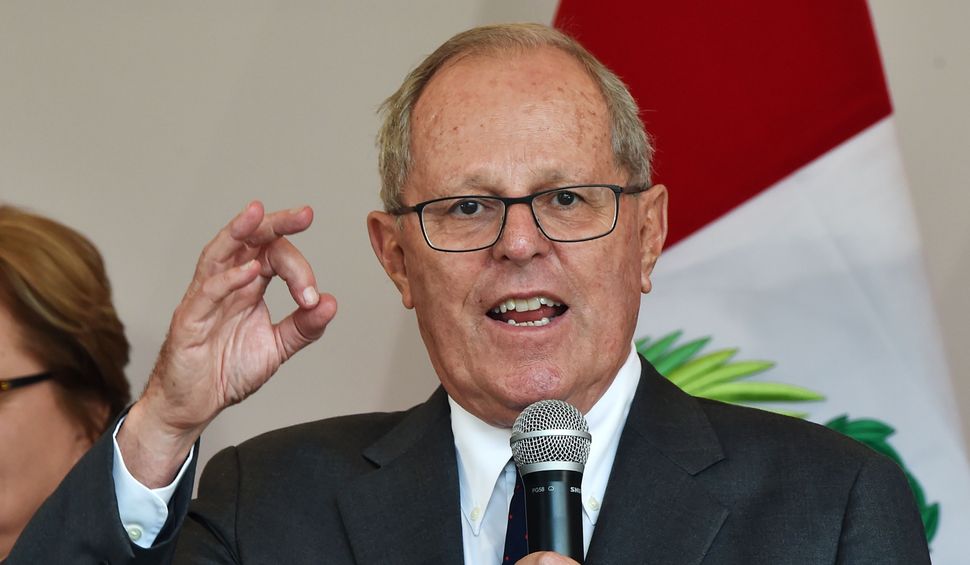 RIO DE JANEIRO (JTA) — The president of Peru, whose father was a Jewish refugee who fled the Nazis, told U.S. President Donald Trump during a visit at the White House that he prefers “bridges to walls.”

Peruvian President Pedro Pablo Kuczynski, born in Lima to a French Protestant mother and German Jewish father who fled the Nazis in 1933, gave Trump a gentle rebuke of his controversial proposal to build a wall along the border with Mexico, reported the Washington Post.

The U.S.-educated former Wall Street banker, who renounced his American citizenship to run for Peru’s presidency last June, took a strong stand against Trump’s “America First” agenda while many in the region remain silent.

Kuczynski, 78, told Trump he was interested in the free movement of people — “legally,” he emphasized.

Kuczynski harshly criticized Trump during the U.S. presidential campaign, joking he would cut diplomatic relations with the U.S. “with a saw” if Trump followed through on his pledge to build a wall with Mexico, which he compared to the Berlin Wall.