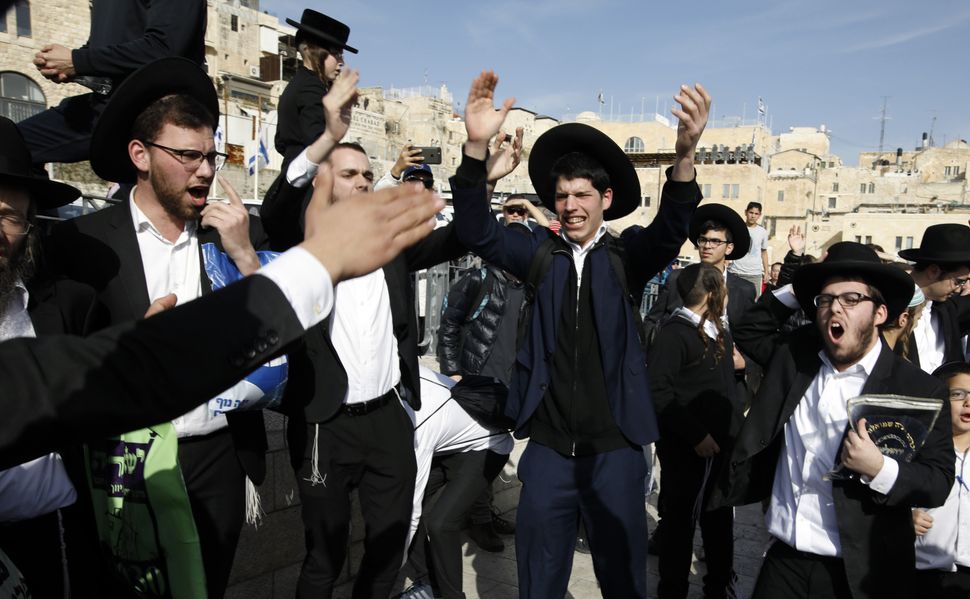 About 150 women gathered in the women’s section of the Western Wall Plaza to celebrate the new Jewish month of Adar. Some of the women carried Torah scrolls. One girl, identified by the Women of the Wall as Noa Brenner, 12, of Hod HaSharon in central Israel,  celebrated her bat mitzvah during the service. Male students on the men’s side of the plaza attempted to drown out the women’s service.

More than 150 women praying at Kotel despite the jostling, the slurs, the caged-in zone, the whistles & the yelling. pic.twitter.com/TnifwQoXsy

The women had to push their way through a chain of religious women who were attempting to hold them back. Police ultimately broke up the crowd to allow the Women of the Wall to get through. Police also put up metal barriers around the women to protect them from the protesters. The barriers were located a distance away from the wall, so that the women were not able to pray directly in front of the wall.

The Women of the Wall group has held its monthly Rosh Chodesh prayer for the new Hebrew month in the women’s section for more than 25 years.

An agreement for egalitarian prayer at the site announced a year ago would expand the egalitarian section at the wall and place it under the authority of a pluralist committee while solidifying haredi Orthodox control over the site’s traditional Orthodox section. Women of the Wall would move to the non-Orthodox section once the deal is implemented.

The agreement was negotiated among Women of the Wall, the site’s haredi Orthodox leadership, the Jewish Agency for Israel, the Israeli government, and the Reform and Conservative movements. All parties praised the decision as path breaking at the time.

Later, however, the religious partners backed away from the deal and in June, a group of Orthodox Jewish organizations filed a petition with Israel’s Supreme Court to prevent the establishment of the egalitarian section.

The Reform and Conservative movements in Israel and the Women of the Wall in October petitioned Israel’s Supreme Court to order the government to follow through on the plan to create the egalitarian prayer area next to the Western Wall.