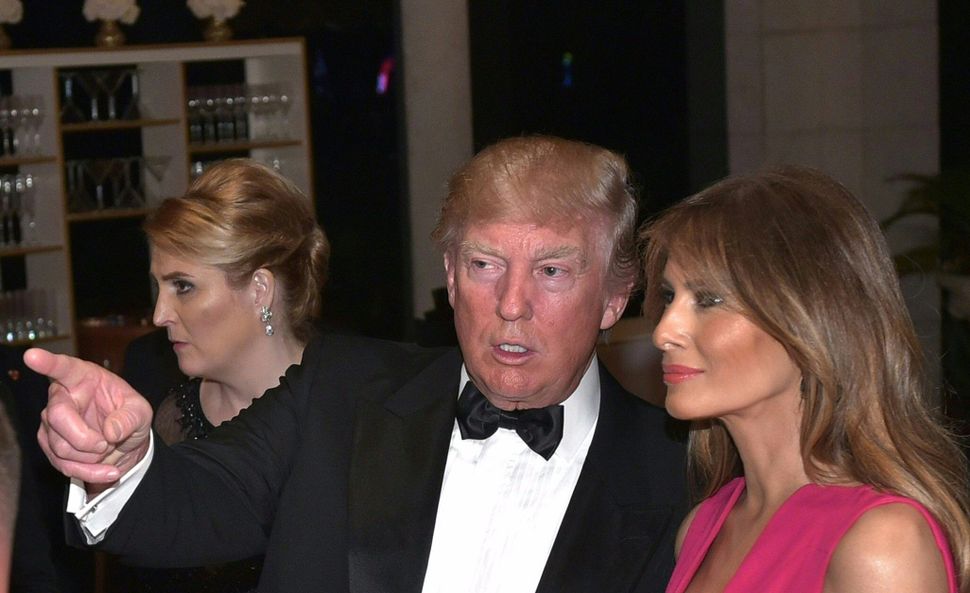 (JTA) — President Donald Trump is reportedly considering cutting a number of special envoy positions, including one dedicated to fighting anti-Semitism, as part of a forthcoming budget proposal.

As part of this cuts, Trump is considering wether to nix some special envoy positions, including ones dealing with anti-Semitism, climate change and Muslim communities, according to Bloomberg.

The position of Special Envoy for Monitoring and Combating Anti-Semitism was mandated by Congress in 2004, with the passage of the Global Anti-Semitism Review Act. The measure directs the State Department to establish the Office to Monitor and Combat Anti-Semitism, to be headed by the special envoy.

The State Department page for the Office to Monitor and Combat Anti-Semitism was among a number of pages taken down after the Trump administration took office.

Ira Forman, the former executive director of the National Jewish Democratic Council, most recently served in the envoy position under President Barack Obama. Forman’s LinkedIn page lists him as formerly having served in the position, and Trump has not named a replacement.

On Monday, the Trump administration denounced vandalism of Jewish cemeteries and bomb threats made against Jewish community centers across the country, hours after at least 16 Jewish community centers were hit with bomb threats in the fifth wave of such incidents this year, and a day after about 100 headstones were found toppled at a Jewish cemetery in Philadelphia in the second such incident in a week.

“The president continues to condemn these and any other form of anti-Semitic and hateful acts in the strongest terms,” said White House Press Secretary Sean Spicer, adding that “[n]o one in America should feel afraid to follow the religion of their choosing freely and openly.”

Last week, Trump — following pressure from Jewish groups and political leaders to condemn anti-Semitism in the wake of what has been called an uptick in incidents since he was elected — said “Anti-Semitism is horrible and it’s going to stop, and it has to stop.”

Trump came under fire earlier this month for his response to a reporter who asked at a news conference about the prior JCC bomb threats and what the government’s response would be to “an uptick in anti-Semitism.” Although the reporter did not suggest Trump was anti-Semitic, the president answered by denying he is an anti-Semite and called the question “insulting.” He ordered the reporter to sit down and did not answer the question.