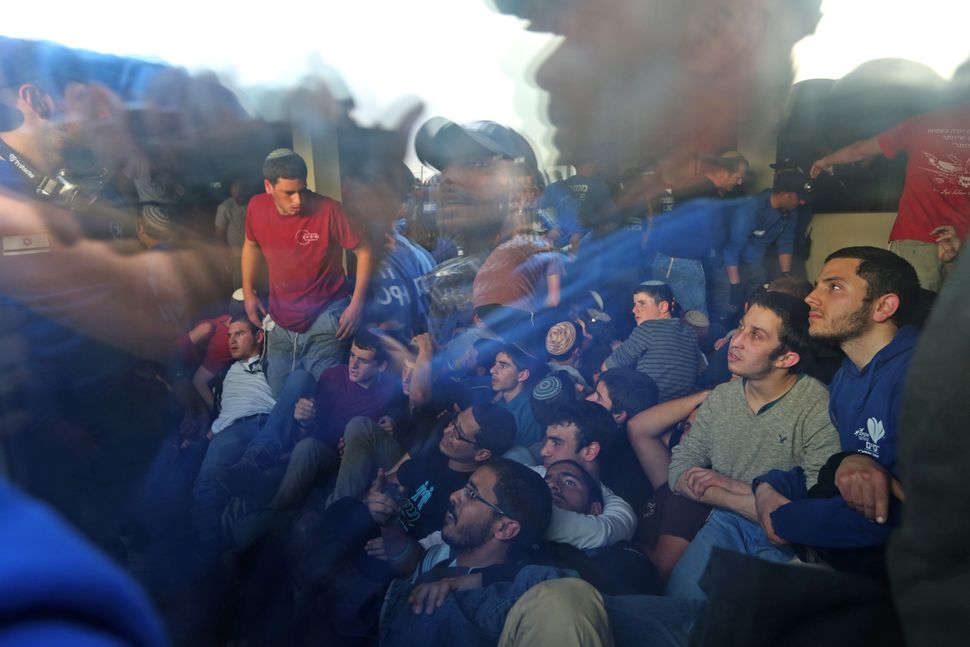 The homes located in the West Bank settlement of Ofra  were ordered demolished by Israel’s Supreme Court after it was determined that they were built on Palestinian-owned land. The evacuation began Tuesday ahead of a March 5 court-ordered deadline for tearing them down.

Families in eight of the homes agreed to evacuate peacefully, but hundreds of pro-settlement youth have taken over the remaining house, which was unoccupied.

One teen has been arrested and three police officers injures so far in the evacuation.

The Supreme Court on Monday denied a request to seal the homes instead of demolishing them, The court also determined that the arrangements law, which legalizes West Bank outposts built on private Palestinian land, does not apply to these homes.