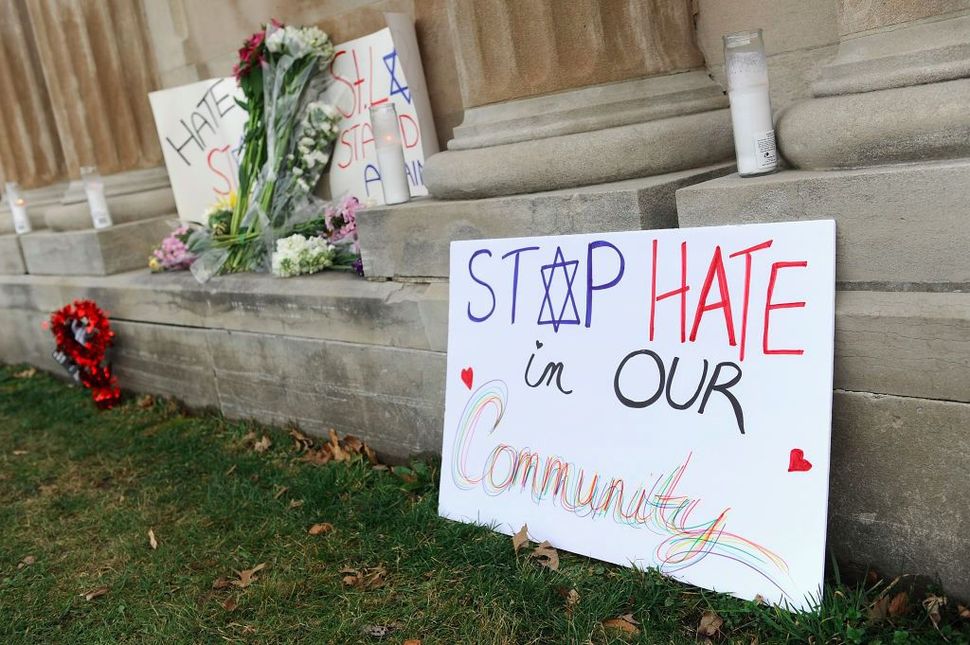 (JTA) — Following the recent wave of bomb threats against Jewish community centers and the vandalism of two Jewish cemeteries, some Muslims on Twitter are offering to help guard Jewish sites.

The tweeters, including some veterans, said they would volunteer to protect JCCs, cemeteries and synagogues, the Huffington Post first reported.

I’m a #MuslimMarine in Chicagoland area. If your synagogue or Jewish cemetery needs someone to stand guard, count me in. Islam requires it.

Houston area Jewish community I spent ten years protecting our country and I will gladly protect Jewish places of worship if you need me! https://t.co/nUQpTFwxvA

I’m a Muslim in #Harrisburg. If your synagogue or community center needs someone 2 stand guard, I will stand guard 4 you. Islam requires it.

I’m a Muslim in DC. If your synagogue needs someone to stand guard, I’ll stand guard. Islam requires it. https://t.co/kw4acYBuPK

This latest show of solidarity comes after an online fundraising campaign started by two Muslims — and touted by “Harry Potter” author J.K. Rowling — raised more than $150,000 to repair a vandalized Jewish cemetery outside of St. Louis last week. Some 170 gravestones were toppled at the Chesed Shel Emeth cemetery in University City, Missouri.

One of the founders of the campaign, Linda Sarsour, is a supporter of the Boycott, Divestment and Sanctions movement and a harsh critic of Israel.

On Monday, a Muslim man who started an online fundraising campaign for a Florida mosque damaged in an arson attempt said that many of the donors to the campaign, which raised $60,000, were Jewish.

“I couldn’t understand why people were donating in what seemed like weird amounts to the cause. There are sums of 18, 36, 72.00 dollars etc. then I figured out after clicking on the names Avi, Cohen, Gold-stein, Rubin, Fisher…. Jews donate in multiples of 18 as a form of what is called ‘Chai’. It wishes the recipient a long life,” Adeel Karim, a member of the Islamic Society of New Tampa wrote Monday in a Facebook post. “The Jewish faith has shown up in force to support our New Tampa Islamic community. I’m floored.”

Over the past two months, nearly 90 bomb threats have been called into 72 Jewish institutions in 30 states and one Canadian province. A Jewish cemetery in Philadelphia was also vandalized.