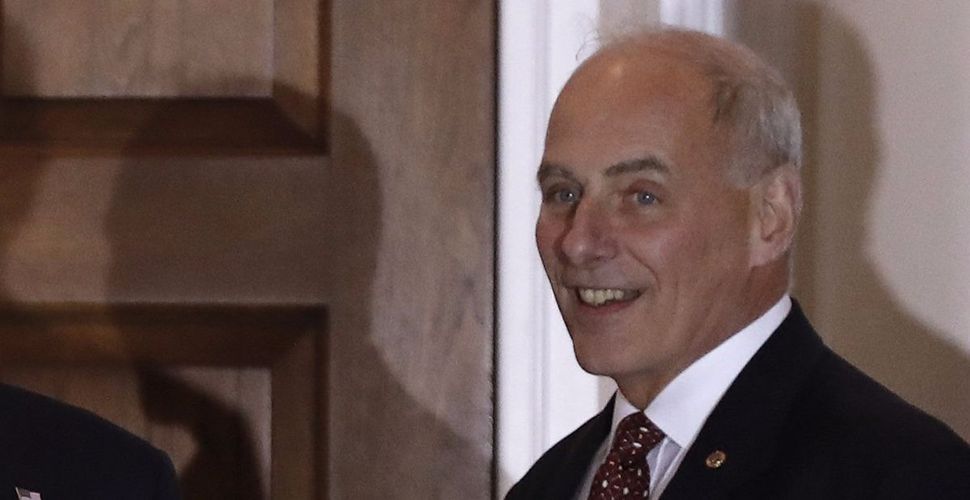 (JTA) — Homeland Security Secretary John Kelly has directed his department to “heighten” outreach and support to enhance public safety in the wake of threats to Jewish Community Centers across the country.

Kelly said in a statement released on Wednesday evening that the Department of Homeland Security is “working closely with Jewish communities to advise and support on protective measures they can put in place to help keep people in their community safe.”

He called the threats and harassment directed at faith-based communities in the United States “unacceptable and escalating.”

Kelly announced in the statement that the department’s National Protection and Programs Directorate had spoken with leaders of the Jewish Community Center Association of North America, representing more than 150 JCCs around the country, to offer training, protective measures, exercises, and information sharing.

In the past 18 months, the department has held active shooter preparedness workshops with JCCs in San Francisco, Richmond, Virginia, Cherry Hill, New Jersey, and Miami, with more sessions planned in Columbus, Ohio, Wilmington, North Carolina and Philadelphia.  DHS also hosted six exercises with members of the Jewish community to enhance contingency planning and response.  This service also is provided to houses of worship, schools, and community centers upon request, according to the statement.

“The right to worship and commune within and across faiths is fundamental to the American experience and our way of life. DHS will continue to support communities across the country to preserve these fundamental freedoms,” Kelly said.

Over the past two months, nearly 90 bomb threats have been called into 72 Jewish institutions in 30 states and one Canadian province. Jewish cemeteries in St. Louis and Philadelphia also were vandalized.