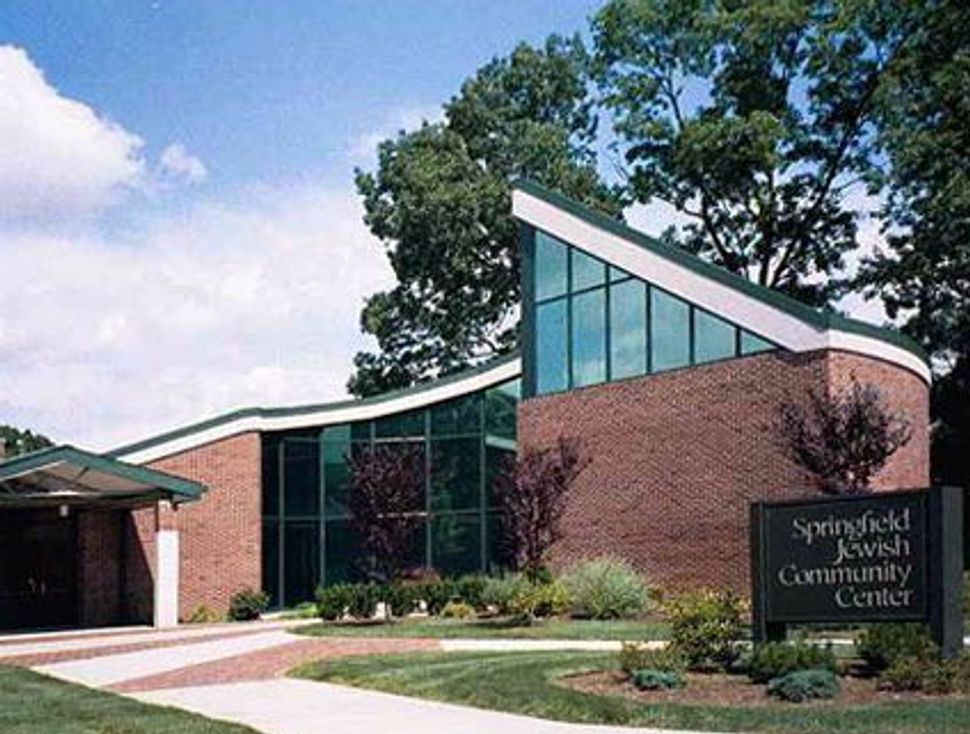 (JTA) — A Jewish Community Center in Massachusetts was evacuated after a bomb threat was found written on the wall of the men’s locker room.

The Springfield Jewish Community Center was evacuated at about 3 p.m. on Friday. The city’s Arson and Bomb Squad, as well as police and firefighters, searched the building but did not find anything, according to reports.

JCC officials decided to keep the facility closed for the rest of the day following the incident.

Springfield Mayor Domenic J. Sarno said in a statement that he and the local police commissioner will “continue to work with state and federal authorities to pursue the individual or individuals who perpetrated this dastardly crime in hopes to bringing the person or persons to swift and just punishment. The recent rash of bomb threats and vandalism to Jewish centers and vandalism to cemeteries is absolutely unacceptable and terrible and will not be tolerated. It must be swiftly dealt with. Anything that I or our Police Department can do for our Jewish community will be done.”

More than 100 Jewish institutions, mostly JCCs, have received bomb threats since the beginning of the year. The last two weeks saw vandalism at Jewish cemeteries in Philadelphia, St. Louis and Rochester, New York, as well as two more waves of bomb threats called into JCCs, schools and institutions across the country, representing the fourth and fifth waves of such harassment this year. No explosive device was found after any of the calls.