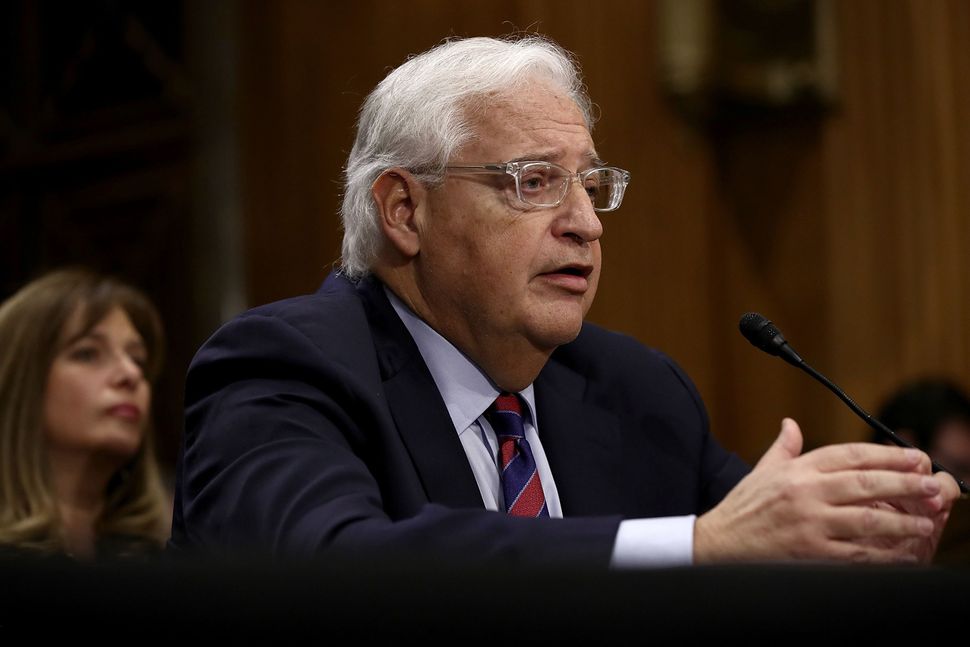 The vote was largely along party lines, a contrast with strong bipartisan support for past ambassadors to Israel.

Democratic Senator Robert Menendez joined every committee Republican in backing Friedman, the only person Trump has nominated so far to represent Washington in a foreign capital.

Friedman is considered far-right on a wide range of issues related to Israel. In addition to expanding settlements on land claimed by the Palestinians, he favors relocating the U.S. embassy to Jerusalem. The relocation is strongly opposed by many U.S. allies because both Israel and the Palestinians claim the city.

Trump’s selection of Friedman reflects his shift in U.S. policy toward Israel. Unlike former President Barack Obama, he has wavered on the U.S. commitment to a two-state solution, long a bedrock of Washington’s Middle East policy, and backed the embassy’s relocation.

Friedman is also known for using inflammatory language against those with whom he has political disagreements. Committee Democrats said he lacked the temperament for a highly sensitive post.

“The region is incredibly volatile. The last thing we need in this position is someone who has a penchant for over-the-top, hyperbolic, and even false statements,” Democratic Senator Tim Kaine said.

Friedman has called Obama an anti-Semite, and dismissed the liberal pro-Israel group J Street as “kapos,” a reference to Jews who worked for the Nazis in World War Two concentration camps, sometimes acting with great cruelty toward other Jews.”

J Street and the Reform Jewish Movement are among groups opposing Friedman’s nomination.

Friedman was heckled during his contentious confirmation hearing last month. He said then that he regretted the use of such language.

Senator Ben Cardin, the committee’s ranking Democrat, said Friedman also was problematic because he does not explicitly back a two-state solution for Middle East peace.

Friedman will next be considered by the full Senate. Backed by Trump’s fellow Republicans, who control a slim majority in the chamber, he is expected to be confirmed despite continued Democratic opposition.

“He understands the complexity of issues at stake for the United States and the necessity to support a democratic ally in an important and unstable part of the world,” Corker said.