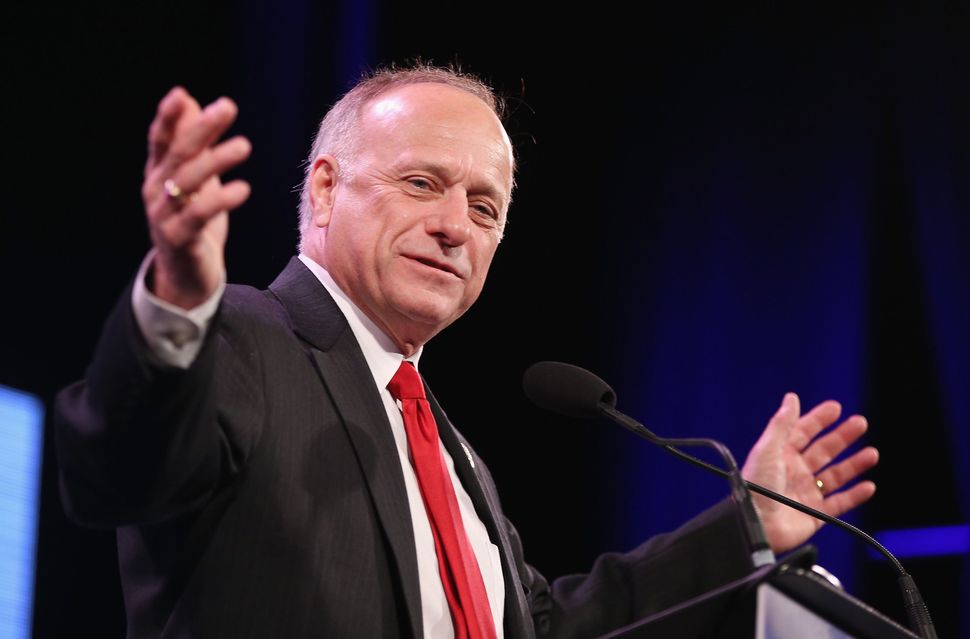 Wilders understands that culture and demographics are our destiny. We can’t restore our civilization with somebody else’s babies. https://t.co/4nxLipafWO

On his site The Daily Wire, Shapiro noted the second interpretation is “an argument that’s been made by European politicians ranging from David Cameron to Angela Merkel.”

Iowa GOP chief Jeff Kaufmann condemned King’s tweet Monday, saying “We are a nation of immigrants, and diversity is the strength of any nation.”

Richard Spencer, leader of the contemporary white nationalist movement the “alt-right” said King’s words were “controversial precisely because they are true.”

King stuck to his comments Monday on CNN. Asked whether he regards as equals babies from assimilated Muslims, Italians, Christians or Jews in America, King paused, then answered, “They contribute differently to our culture and civilization.” He also said he would “like to see an America that’s just so homogenous that we look a lot the same.”

Rep. Steve King: “I’d like to see an America that’s just so homogenous that we look a lot the same” https://t.co/9nnRwDEbMW

Shapiro said this comment proves that King is no white supremacist.

“He wants everyone to intermarry,” Shapiro told the Forward. “I want to see evidence of racism before we jump to conclusions because David Duke likes him.”