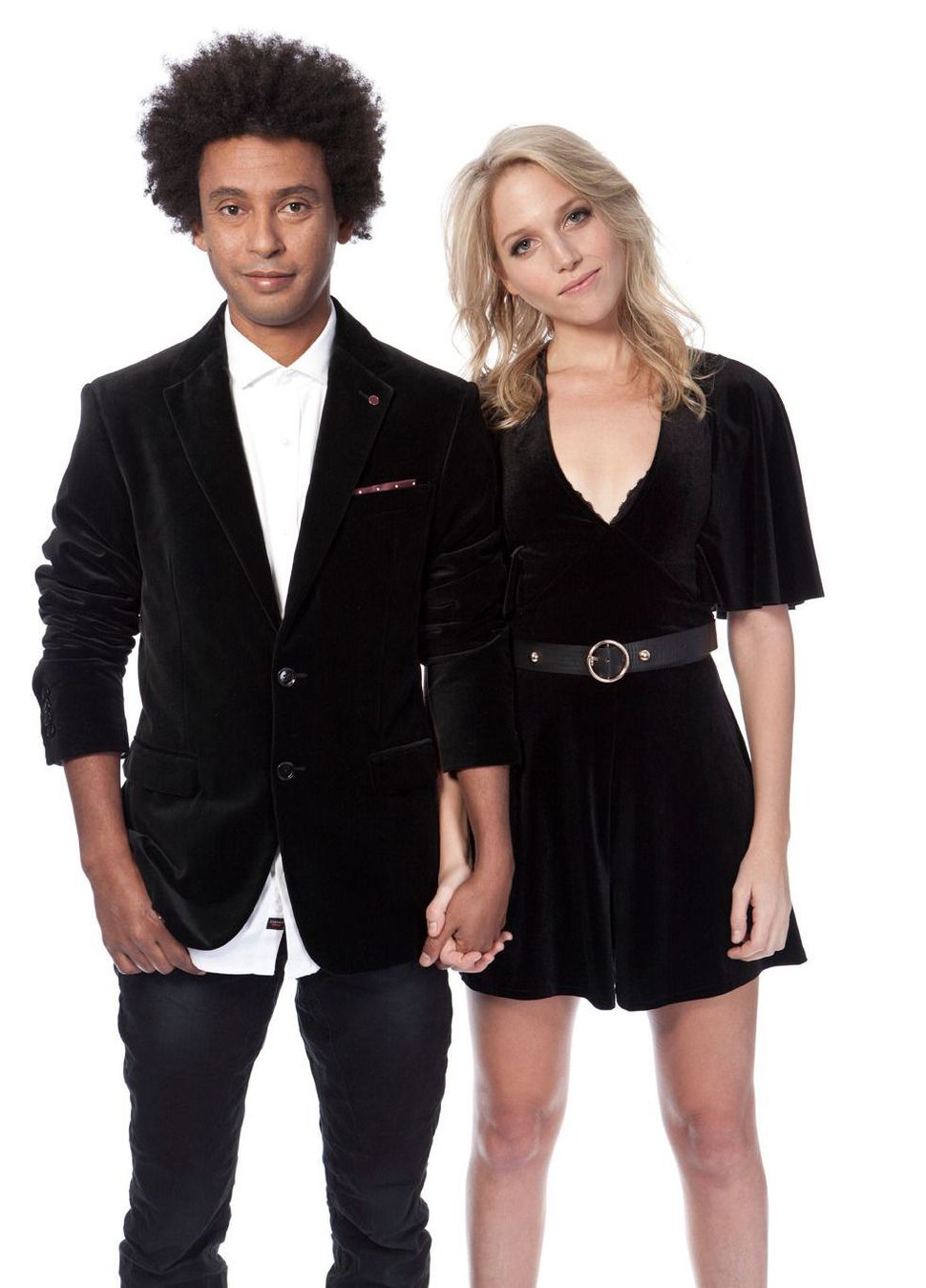 “Nevsu,” a half-hour comedy, focuses on an Ethiopian man who is married to an Ashkenazi Jewish woman. Misunderstanding ensues.

“There is definitely a lot of cultural confusion in the show,” Yosi Vasa, the star and co-creator of the show, told JTA. “But the great thing about comedy is when the audience laughs, that means they get it. So that’s progress.” 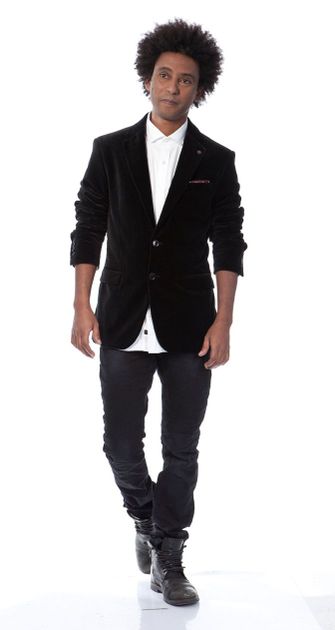 Following a series of sometimes violent protests between Ethiopian Israelis and police in recent years, the creators of the new show think comedy is called for. They hope that by making light of the frictions between Ethiopian immigrants and the broader society, they can promote mutual understanding.

“People went out to [the highway] Ayalon South and demonstrated with anger. People wrote columns,” co-creator Shai Ben-Atar said in a promotional video, referring to 2015 demonstrations protesting police brutality against Ethiopians. “Our demonstration is a demonstration of love. We come to the audience with love. We come with characters full of love.”

In the March 9 premiere, Vasa’s character, Gili, steps out of his suburban house to run an errand. A police officer driving by stops and demand his ID, which he has left inside the house. Moments later the officer is aggressively frisking Gili against the trunk of his car.

Vasa, 41, said such incidents are part of his reality, which many Israelis find difficult to believe. But one evening last year, the show’s third co-creator, Liat Shavi, had a firsthand look. After saying goodnight to Vasa, who had stopped outside the office in Tel Aviv to smoke a cigarette, her cellphone rang.

“Suddenly he’s calling me, and I don’t understand. He’s speaking unclearly, and he says, ‘Come here for a second,’” Shavit recalled in the promotional video. “So I look across the street and I see him standing there with a police officer.”

Ben-Atar adds: “He didn’t care about the fact that he was arrested. He just really wanted us to see that it actually happens, and that was really comedic.” 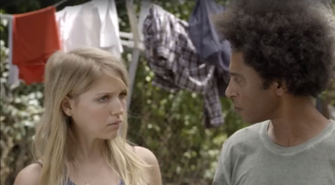 Roni Akale, the director-general of the Ethiopian National Project, said most Israelis don’t get where Ethiopians are coming from because they live largely separate lives.

Ethiopians, who make up just 1.5 percent of the population, tend to be clustered in poor areas of the country, with many living on the periphery. They have the highest poverty rate among Jews in Israel, and are stopped, arrested and incarcerated at much higher rates. Their children perform worse in school and finish fewer years than the general population.

“Israeli society doesn’t know us because we are not in their environment. They don’t see how we live,” Akane said. “Maybe this show can highlight the good things that happen in the Ethiopian community.”

What Israelis have seen in recent years is Ethiopians protesting in the streets alleging widespread discrimination. The April 2015 demonstrations were a response to video footage showing a seemingly unprovoked police assault on an Ethiopian Israeli soldier. Thousands of members of the community joined demonstrations across the country, sometimes clashing with police officers.

“Nevsu” brings Ethiopian culture into Israeli living rooms, and mashes it up against mainstream culture to comedic effect. Gili has had the kind of life that taught him how to pick locks and hot-wire cars while his blond wife, Tamar, played by Merav Feldman, comes from a privileged background.

Although Gili and Tamar are simpatico, their families and the rest of society are another story. Tamar cannot believe that Gili’s mother wants to slaughter a goat that her daughter has adopted as a pet. And Gili struggles to eat his mother-in-law’s bland Ashkenazi cooking.

Tamar is often outraged by the injustices Gili faces and wants to set them right, whereas he has learned to keep his head down. An exception in the first episode is when Gili explodes at the neighbors, accusing them of changing the locks on their doors because they fear him. Worn out after a racially charged day, Gili turns out to have misjudged the situation.

“There are a lot of times you find yourself in a very white environment, so you see things you would probably see differently if you were surrounded by Ethiopians,” Vasa said.

Vasa’s family came to Israel from a remote Ethiopian village as part of Operation Moses in 1985, one of several daring government operations to rescue Ethiopian Jews. The eight of them settled in coastal Netanya, and he bounced between government boarding schools for Ethiopians. As a theater and education student at the University of Haifa, he and a classmate created a series of videos that went viral in the Ethiopian community.

“All they had for media was some videotapes of TV from Ethiopia, which were sold at grocery stores,” Vasa said. “So we started selling our tapes at the same stores. The tapes started getting copied and passed around, so they didn’t show us the money, but it was a great thing to do for us and for our community.”

Reversing the usual Israeli order, Vasa joined the army after university, performing in the storied theater unit that entertains troops. After his three years of service, he developed a one-man comedy show with Ben-Atar called “It Sounds Better in Amharic,” which he still performs. He met his now-wife at an English-languge  version of the show in San Francisco. Like Tamar, she is a non-Ethiopian Israeli, but her ethnic background is half Ashkenazi and half Mizrahi Jewish.

Vasa sees the Ethiopians as just “another Israeli immigration story,” and thinks racism toward his community will fade, as it has toward Mizrahi Israelis. Attitudes toward Arabs, he said, is a separate issue.

“Arab Labor,” a comedy that ran for three seasons between 2007 and 2012, similarly broke down cultural barriers in Israel, in its case between Jews and Arabs. Nevertheless, its Arab-Israeli creator, Sayed Kashua, eventually left the country, despairing that “an absolute majority in the country does not recognize the rights of an Arab to live.”

Vasa started working on “Nevsu” in 2012. After he shopped the show to production companies for several years. Reshet picked it up two years ago. Tamar Morom, who heads the Israeli production company’s scripted series department, said the pitch immediately struck everyone as a “good idea.”

She also said the timing was right.

“Probably it wouldn’t have worked five years ago,” Morom told JTA. “There were a lot of demonstrations and not very pleasant issues between Ethiopians and police in the last two years. So it’s not that it’s calm now. I think it’s just the right time to criticize our society.”