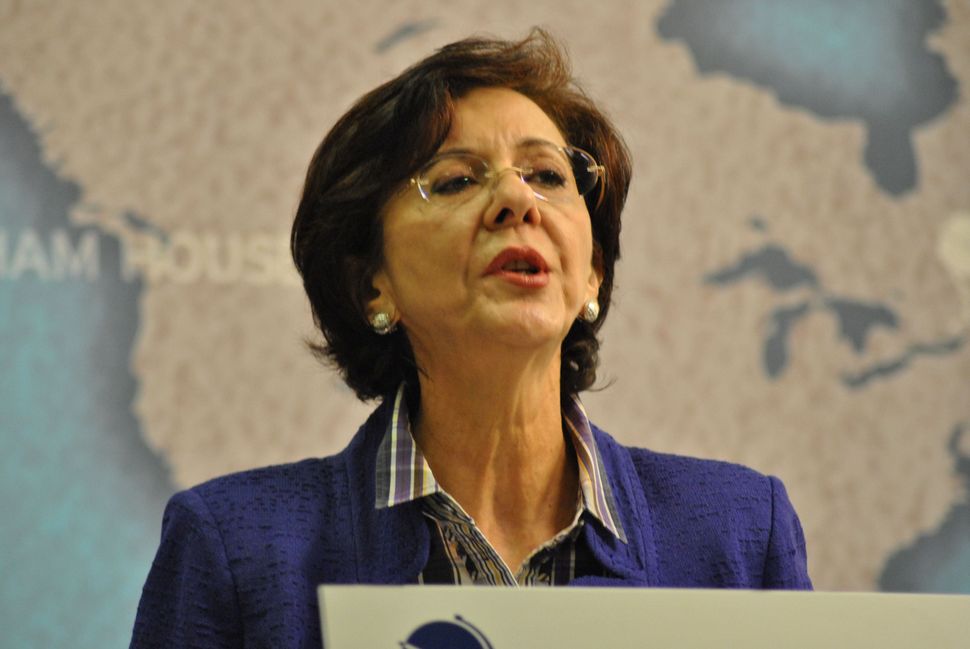 United Nations Under-Secretary General and Executive Secretary for the Economic and Social Commission for Western Asia (ESCWA), Rima Khalaf, announced her resignation at a news conference in Beirut after U.N. Secretary-General Antonio Guterres asked for the report to be taken off the ESCWA website.

ESCWA, which comprises 18 Arab states, published the report on Wednesday and said it was the first time a U.N. body had clearly charged that Israel “has established an apartheid regime that dominates the Palestinian people as a whole.”

Israel fiercely rejects the allegation and likened the report to Der Sturmer – a Nazi propaganda publication that was strongly anti-Semitic. The United States, an ally of Israel, had said it was outraged and demanded the report be withdrawn.

“I do not find it surprising that such member states, who now have governments with little regard for international norms and values of human rights, will resort to intimidation when they find it hard to defend their unlawful policies and practices,” Khalaf, a Jordanian national, wrote to Guterres.

“It is only normal for criminals to pressure and attack those who advocate the cause of their victims,” Khalaf wrote in the resignation letter, seen by Reuters, adding that she stands by the ESCWA report.

Israel and the United States did not immediately respond to a request for comment on Khalaf’s letter.

“Anti-Israel activists do not belong in the UN,” Danon said in a statement.

“U.N. agencies must do a better job of eliminating false and biased work, and I applaud the Secretary-General’s decision to distance his good office from it,” Haley said in a statement.

The report was published without consultation with the U.N. secretariat, U.N. spokesman Stephane Dujarric had said.

“This is not about content, this is about process,” Dujarric told reporters in New York on Friday.

“The secretary-general cannot accept that an under-secretary general or any other senior U.N. official that reports to him would authorize the publication under the U.N. name, under the U.N. logo, without consulting the competent departments and even himself,” he said.

One of the authors of the report was Richard Falk, a former U.N. human rights investigator for the Palestinian territories, whom the United States has accused of being biased against Israel.

The ESCWA report said it had established on the “basis of scholarly inquiry and overwhelming evidence, that Israel is guilty of the crime of apartheid.”

While the report was taken off the ECWAS website, Khalaf told reporters: “Let me be clear, the report was issued… and has impacts. The member states received copies of this report. And it is available.”

(Reporting by Ellen Francis in Beirut and Michelle Nichols in New York; Editing by Bernard Orr and Diane Craft)