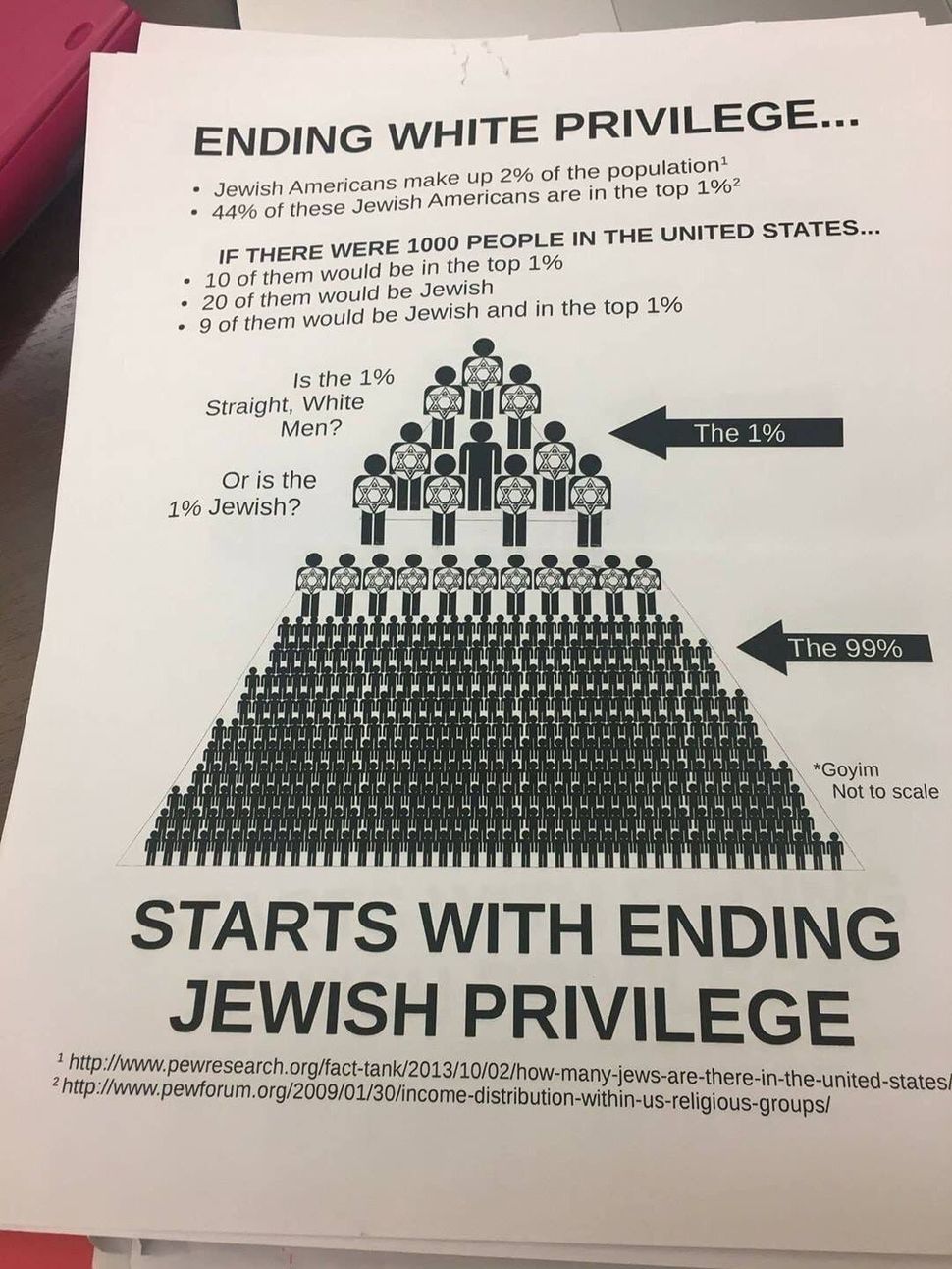 (JTA) — Anti-Semitic fliers were found in the library of the University of Illinois at Chicago, the second time such fliers were placed on the campus in the last week.

The fliers discovered on Saturday denied the Holocaust, accused Jews of receiving preferential treatment at U.S. universities and compared the Gaza Strip to Auschwitz, the Chicago Sun-Times reported.

They reportedly used the same font and similar language to fliers found throughout the campus on Tuesday and Wednesday. Those fliers claim in bold letters that “Ending white privilege starts with ending Jewish privilege.” Citing survey data, the fliers then claim that 44 percent of Jewish Americans are in the “one percent,” or the top economic percentile in the United States. About 100 of those fliers were found at locations throughout the campus.

The newest fliers also  include “#BlackLivesMatter,” “#WeAreAllMuslim” and “#StandWithPalestine,” according to WGN TV in Chicago.

Eva Zeltser, a communications student and president of Rohr Chabad, a campus Jewish organization, told the Sun Times that she emailed the school’s administration Saturday afternoon about the fliers found in the library. She posted photos of the fliers on her Facebook page.

On Wednesday, the university released a statement condemning the first flier and announced that the administration will investigate.

“Today, anti-Semitic posters were found on campus that defame, insult and negatively portray Jewish members of our campus community,” the statement said. “Such actions do not reflect the values we hold as a community. Acts that invoke hatred or violence toward members of our community will not be tolerated on our campus.”