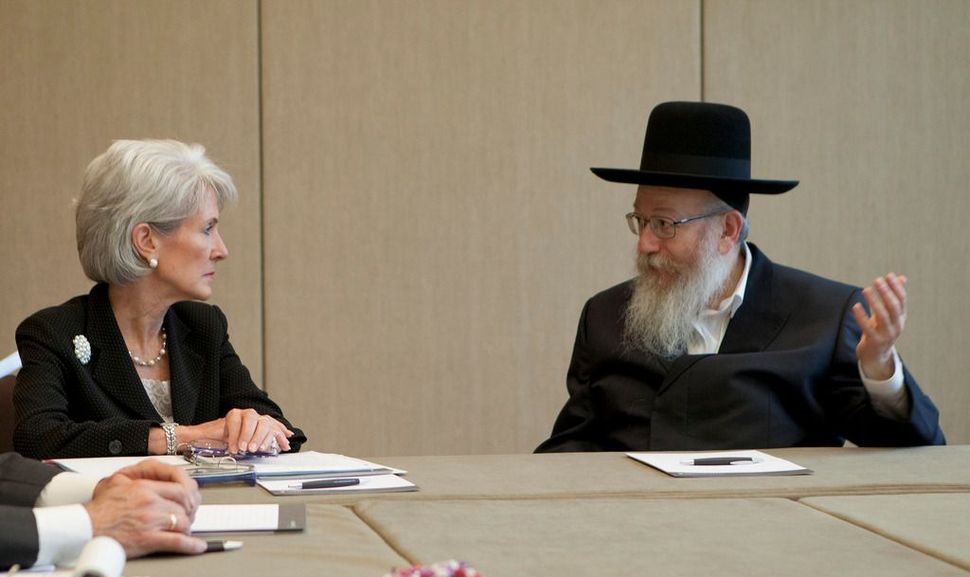 Netanyahu met informally on Saturday at his official residence in Jerusalem with Likud ministers regarding the establishment of the Israel Public Broadcasting Corporation.

Minister of Health Rabbi Yaakov Litzman of the United Torah Judaism Party, a coalition partner, said of the meeting, Ynet reported: “I was shocked to hear about Prime Minister Netanyahu’s meeting with a few government ministers that was held in desecration of Shabbat. This does serious damage to the sanctity of Shabbat and a change for the worse from the status quo prevailing throughout the years not to hold official government activities on Shabbat and holidays. Shabbat is a national day of rest, and throughout generations, the people of Israel know to keep the holiness of Shabbat and prevent desecrating it.

Rabbi Moshe Gafni, a lawmaker also from the United Torah Judaism Party, in a statement called the meeting “very serious and unprecedented and unacceptable, even if it was an unofficial consultation.”

During the meeting, Netanyahu discussed his decision to go back on an agreement with Finance Minister Moshe Kahlon to found a new public broadcaster. He reportedly told the ministers who gathered for the informal meeting on Saturday that if Kahlon refuses to scrap the new broadcaster, set to start transmitting at the end of April, then “we’ll go to elections.”

Netanyahu left for a scheduled visit to China on Saturday night.