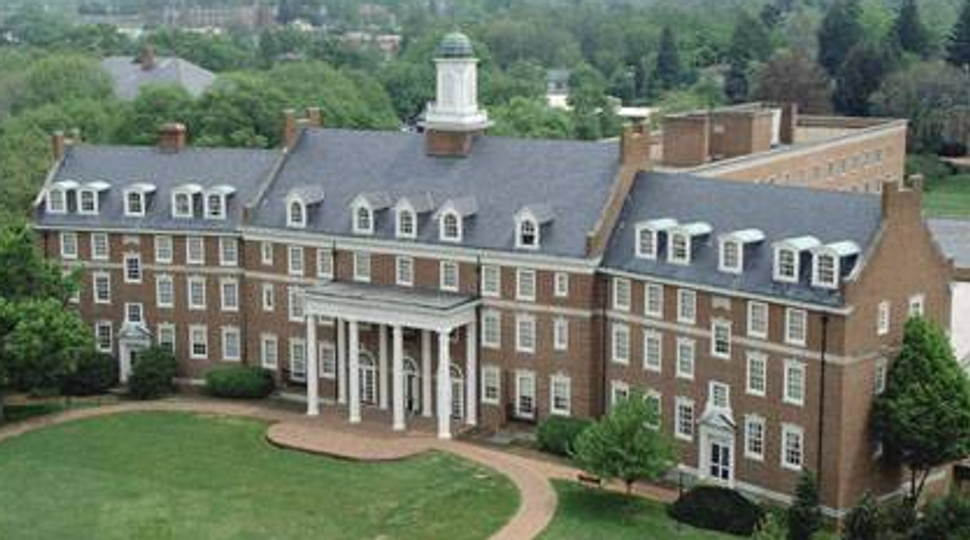 (JTA) — More than 100 leaflets with hand-drawn swastikas on them were found dropped on the front yard of the Chabad Jewish Student center at Virginia Tech.

The leaflets were discovered at the student center located across the street from the Virginia Polytechnic Institute and State University in Blacksburg, Virginia, on Saturday afternoon by Chabad center co-director Rabbi Zvi Yaakov Zwiebel.

The incident occurred a day after the Jewish student center announced that Chabad was hosting renowned Holocaust survivor Rabbi Nissen Mangel for a lecture at Virginia Tech in April. Zwiebel told local media he believes the two are related.

The lecture program is to honor Professor Liviu Librescu, a Holocaust survivor who was killed in the 2007 Virginia Tech shootings when he blocked the door of his classroom so students could escape through the windows.

In a statement issued after the incident, Zwiebel called the appearance of the leaflets a “disgusting act of hate.” The rabbi said he filed an incident report with the Blacksburg Police Department, who he said were “extremely helpful and professional in their response.”

“This incident is all the more surprising seeing as it is the first such act since Chabad on Campus at Virginia Tech was opened more than eight years ago. We appreciate Virginia Tech President Timothy Sands, who quickly tweeted his support for the Jewish community and we are in touch with the administration as they proactively respond to this incident,” Zwiebel said in the statement.

“Here at Chabad, we plan to continue to fight hatred by increasing our efforts in spreading Jewish pride and the beauty of our heritage. Although hatred has existed against the Jewish people for generations, we will always continue to thrive and grow as a community and as a people,” the rabbi said. “We are positive that the increased light that we shed will overpower the darkness of senseless hatred, he added.

University president Timothy D. Sands said in a tweet that: “The propagators of hate may be among us, but they are not welcome in our community.”

A rally on campus in support of the Virginia Tech Jewish community is scheduled for Monday evening.

@jsu_vt #Hokies stand with you. The propagators of hate may be among us, but they are not welcome in our community: https://t.co/YTZY8i8O1J