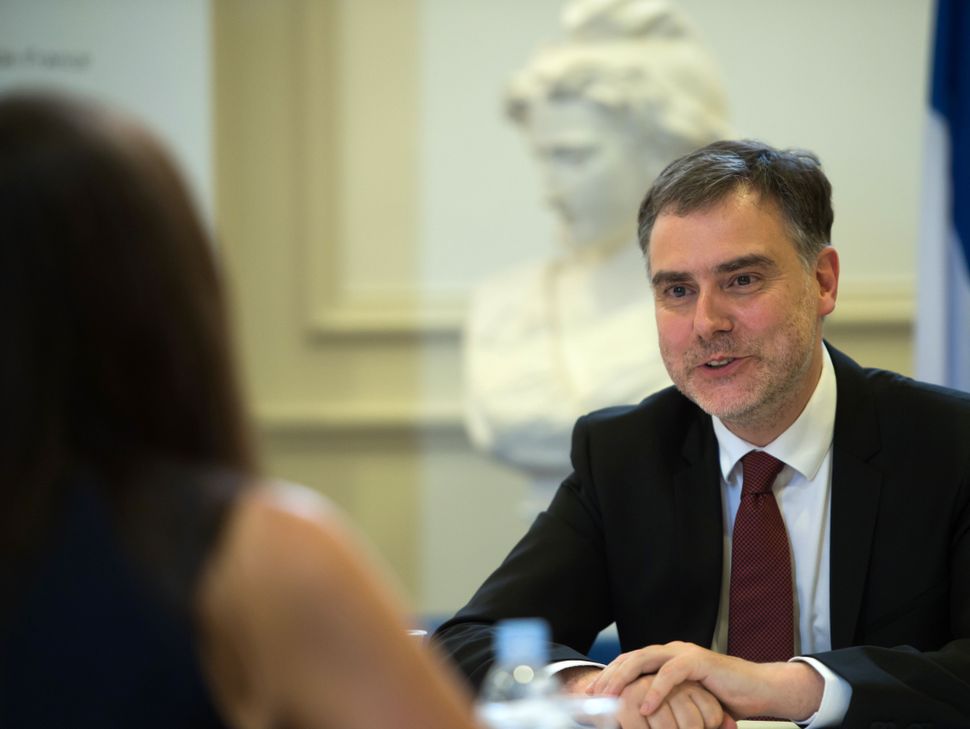 (JTA) — A leader of the Freemasons in France said he was assaulted on the street by a woman carrying a hammer who called him a Jew.

Christophe Habas, the master of the Grand Orient of France, suffered superficial wounds in the incident Wednesday night as he was walking to a metro station in the French capital, the Le Parisien daily reported Thursday. The assailant shouted “Jew” three times as she hit him with the hammer before fleeing.

The report did not say whether Habas is Jewish, but according to Le Parisien he recently returned from a trip to Israel that received considerable coverage in the media in France, where the Freemasons movement has 50,000 members.

The Freemasons are members of societies, or lodges, who engage in secret rituals that promoters of the movement say “instill in its members a moral and ethical approach to life.” The rites include “a series of ritual dramas – a progression of allegorical two-part plays which are learnt by heart and performed within each Lodge,” as the British lodge describes them on its website. They “follow ancient forms, and use stonemasons’ customs and tools as allegorical guides.”

During the Nazi occupation of France and under the country’s pro-Nazi puppet state, Freemasonry was banned.

Partly due to its secretive characteristics Freemasonry, which became popular across Europe in the 18th century, has become the subject of many conspiracy theories, including anti-Semitic ones.

Francis Kalifat, the president of the CRIF umbrella group of French Jewish communities in France, expressed his group’s solidarity with the Freemasons community in France.

“This assault reminds us that we need to fight with uncompromising firmness against anti-Semitic discourse, and all other forms of hate and exclusion,” he said in a statement Friday.