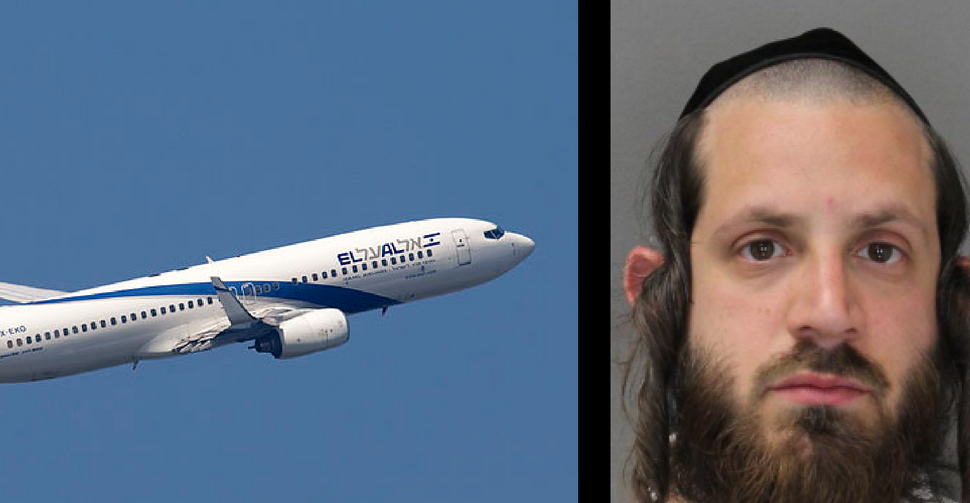 Yoel Oberlander: He pleads guilty to groping a woman on an El Al flight from Israel.

(JTA) — A New York man is facing up to 10 years in prison after pleading guilty to inappropriately touching the woman sitting next to him on a flight from Israel to Newark, New Jersey.

Yoel Oberlander, 36, who is a registered sex offender, pleaded guilty to the charge of assault with intent to commit stalking in a Newark federal court on Wednesday. Oberlander, of Monsey, New York, is scheduled for sentencing on June 28.

Oberlander reportedly was convicted in 2002 in New York for sexually assaulting an 11-year-old girl. In 2012, he was charged with trespassing at an upstate New York Jewish camp. Prosecutors determined there was “no allegation of sexual abuse” at the camp near South Fallsburg, in the Catskill Mountains.