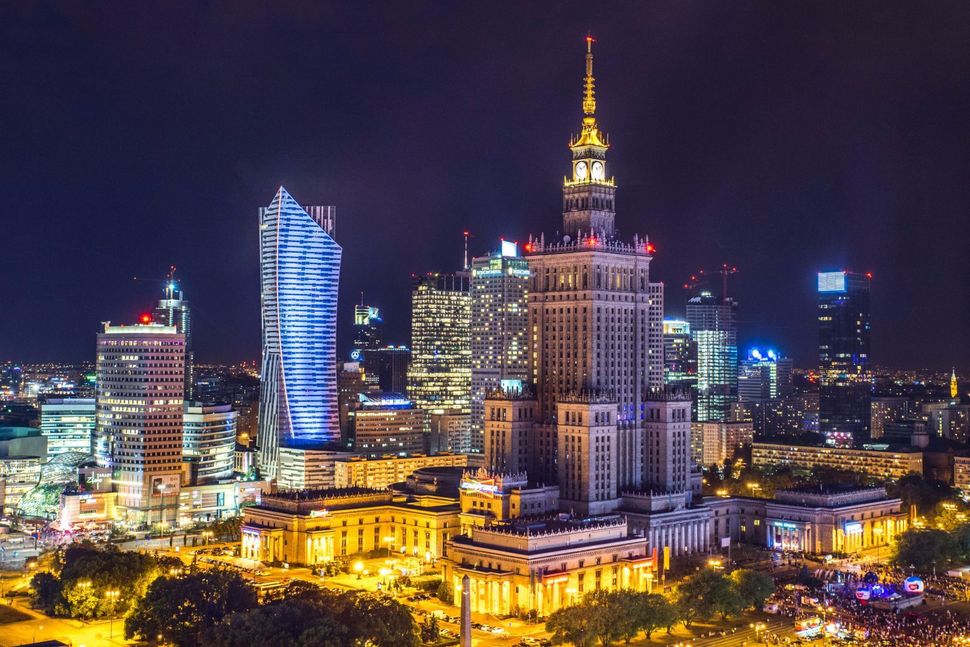 AJC on Monday opened a new office in the city dedicated to serving Poland and six other Central European countries: the Czech Republic, Estonia, Hungary, Latvia, Lithuania and Slovakia.

“Welcome home!” Andrzej Folwarczny, founder of the Forum for Dialogue and recipient of AJC’s Jan Karski Award, said at an evening ceremony at the Polin Museum of the History of Polish Jews.

Folwarczny, who is not Jewish, has been cooperating with AJC for more than 20 years, organizing study visits of opinion leaders from Poland and the United States. The groups travel to the U.S. to address issues of concern in Polish-American and Polish-Jewish relations. Folwarczny’s best-known project is School of Dialogue, which helps young people living in small Polish towns to learn about their local Jewish community’s history.

Polish President Andrzej Duda, in a statement marking the event, said he sees the depth of symbolism in the fact that the ceremony coincided with the launch of NATO forces’ presence in Poland.

“In the period when Poland, having regained her sovereignty after the collapse of the communist regime, strived to join the North Atlantic Treaty Organization, the American Jewish Committee proved to be our valuable ally,” he wrote in a letter read to gala participants.

Jonathan Ornstein, director of JCC Krakow, told JTA that the opening of AJC’s office in Poland will give a boost to its growing Jewish community and help Poland strengthen ties with the Jewish world. He said the choice of Warsaw is yet another sign that world Jewry recognizes Poland as a growth area and a bright spot in Europe.

“We at JCC Krakow are excited to cooperate with AJC and eager to access their experience in community building as our Krakow Jewish community continues to develop and reemerge after the fall of communism,” he said.

In 1997 David Harris, who has led AJC since 1990, testified before the U.S. Senate Foreign Relations Committee in support of NATO admission for the Czech Republic, Hungary and Poland. AJC was the only Jewish organization to do so.

In a partnership with the Polish government, AJC helped protect and memorialize the site of Belzec, a German death camp located in southeastern Poland, where approximately 500,000 Jews were murdered in less than a year.