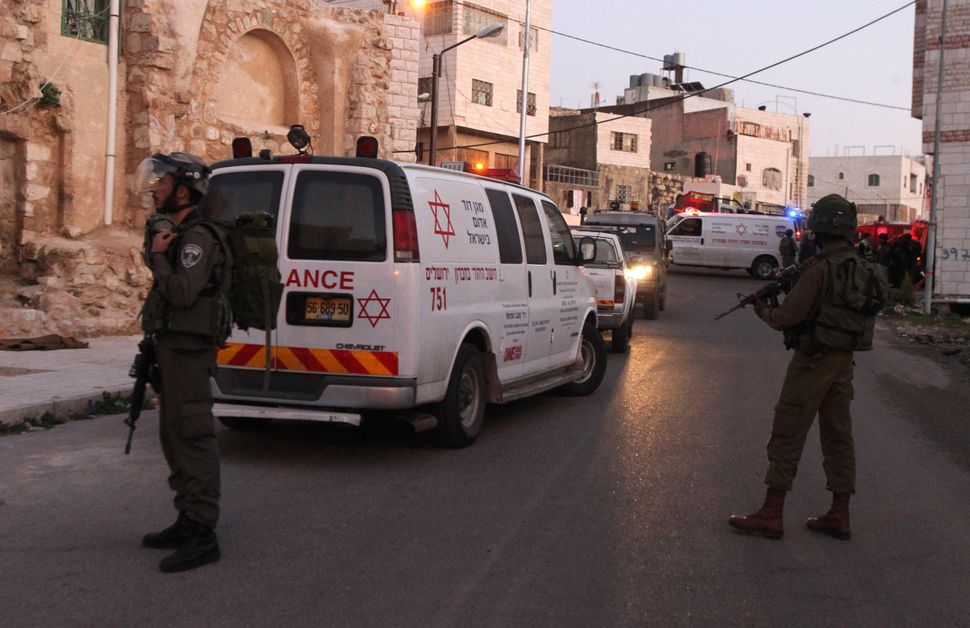 JERUSALEM (JTA) — A Palestinian woman armed with a knife attempted to stab Israeli Border Police officers outside the Damascus gate in Jerusalem.

Border guards shot and killed the woman as she approached them with a pair of scissors on Wednesday afternoon. None of the border officers were hurt in the incident.

The Palestinian Ministry of Health identified the Palestinian woman as 49-year-old Siham Ratib Nimr, from eastern Jerusalem, the Palestinian news agency Maan reported. She is the first woman out of 15 Palestinians to have been killed by Israeli forces since the beginning of the year, according to Maan.

The Old City of Jerusalem was closed off following the attempted attack.

An attack against an Israeli soldier by an assailant wielding a screw driver at a checkpoint in the northern West Bank was prevented on Monday. The assailant was subdued without firearms and taken into custody.