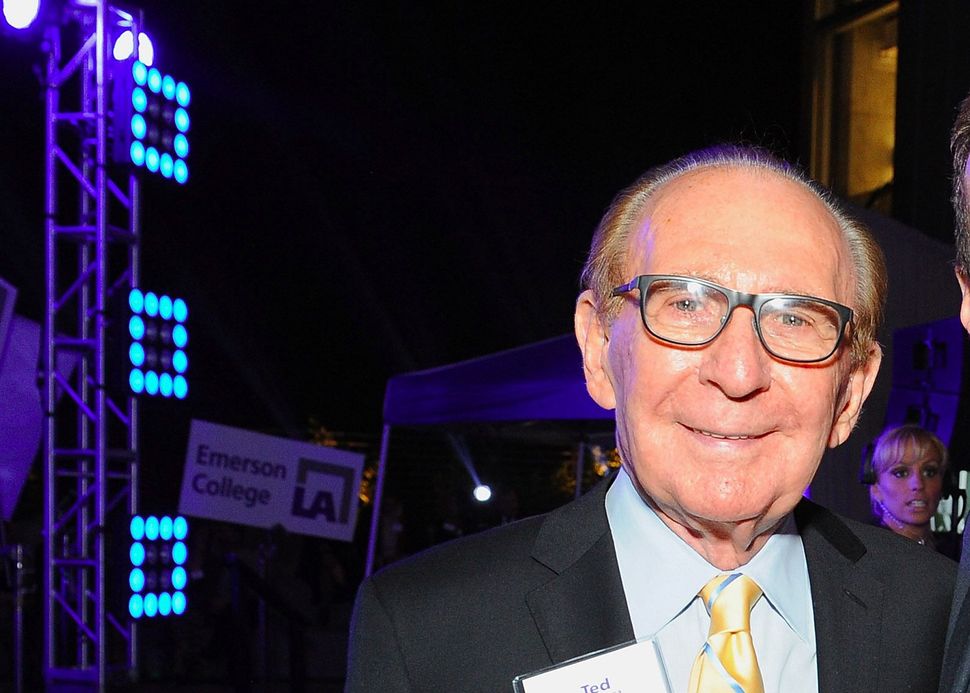 Cutler died on Thursday at the age of 86, of complications from a lung disorder.

Cutler, who served in the early 2000s as board chairman of the Combined Jewish Philanthropies and also as a board member of the American Israel Public Affairs Committee, is being remembered for his passion and devotion to the city where he rose from meager beginnings as the son of Jewish immigrants, to become one of Boston’s most beloved and influential philanthropic leaders. Over the years, he served on the board of a number of institutions including Emerson College, his alma mater; Beth Israel Deaconess Hospital, and the Boston Ballet.

Over 25 years, Cutler and his late wife, Joan, donated tens of millions of dollars to human services, education, arts, and health care, Massachusetts Gov. Charlie Baker told the Boston Globe that “it’s a shame his very gentlemanly and old-fashioned manner and kindness won’t be with us anymore,” the Globe reported.

Cutler led a $35 million campaign for a new building for the Greater Boston Food Bank that opened in 2009.

“Ted clearly articulated the moral imperative of Jews to give back, to make sure that the Jewish community would be there for those in need,” according to Steve Grossman, former Massachusetts State Treasurer and a long-time leader and philanthropist in Jewish institutions.

As a teen, Cutler, who played bass in a cowboy band, worked his way through Emerson College, graduating in 1951, and entered the world of business by booking bands. He branched out to the wider world of charter tours, entertainment, hospitality, and conventions where he earned his wealth. Among his business partners over the years was his childhood friend Sheldon Adelson; their joint ventures, with others, included the purchase of the Sands Hotel in Las Vegas.

Cutler was a generous donor to CJP, Grossman told JTA, and when Grossman chaired AIPAC in the mid 1990s Cutler supported a pivotal program, along with Adelson, that sent freshmen Republican congressional members to Israel.

Grossman, one-time leader of the Democratic National Committee, said Cutler, who had Republican Party leanings, recognized the importance of bipartisan support when it came to Jewish organizations and Israel.

Cutler’s lifelong passion for music and the arts transformed the city’s theater and arts world, notably leading the effort to restore the century-old 1200-seat Cutler-Majestic Theater, owned by Emerson.

As a spirited and energetic octogenarian, Cutler poured his creative instincts and millions of dollars of his personal wealth into “Outside the Box,” a free, city-wide, multi-day arts and music festival that he launched in 2013.

In a conversation at the summer festival, in July, 2015, on the Boston Common, Cutler said he wanted the festival to be a professional platform for the city’s large pool of talented musicians and performers who are often relegated to synagogue and church basements.

But, his big aspiration was to offer Boston residents, especially its children and families – the chance to experience high-caliber arts and entertainment. He was troubled by the growing chasm between the have and have-nots in his city and other urban areas.

Cutler is survived by three children, eight grandchildren and one great-grandchild.