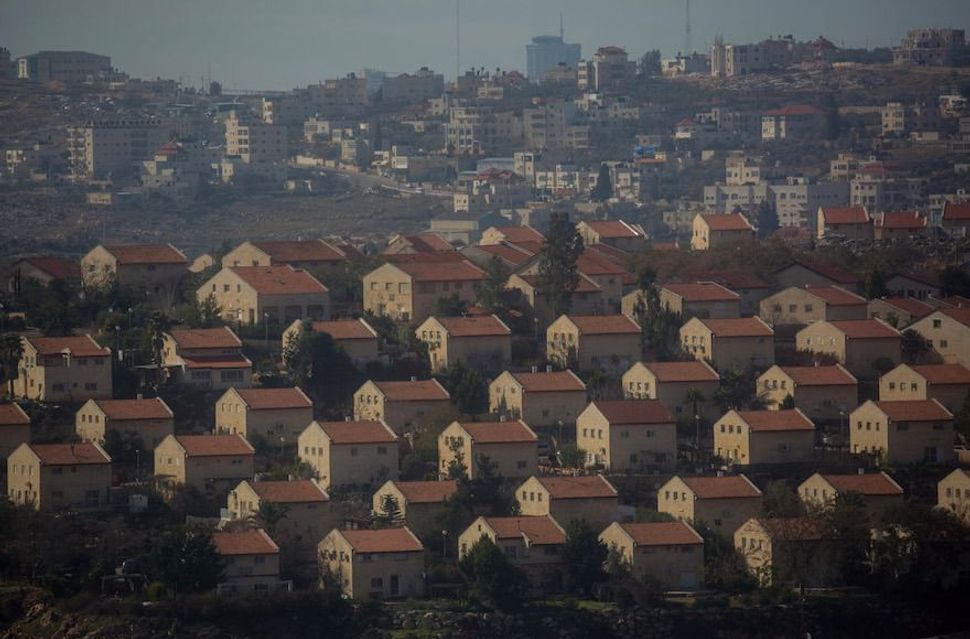 After five years, Batsheva Reback couldn’t take living in an Israeli settlement in the occupied West Bank any longer.

Despite renting a house with a garden for far less than it would cost in Israel itself, it didn’t make sense. Her new apartment in Israel may be small, but unlike where she used to live it has a supermarket and a clinic nearby, it’s a quicker commute to work and she feels her children are safer.

“It’s easier to get things done,” said the 26-year-old kindergarten assistant, adding that the decision was not based on expedience alone. “I started feeling uncomfortable living in a settlement. Personally, I don’t think building more and more settlements is going to help bring peace.”

To the world, the narrative on settlements often reads one way: more of them being built, with more settlers moving in. But there are cracks in the picture, and signs Reback’s perspective is not uncommon – settlers are getting fed up.

Statistics show the population continues to rise, having now reached around 400,000 in the West Bank and 200,000 in East Jerusalem.

But behind the figures lies a different story. Although the population may have risen by nearly two-thirds in the past decade, the rate of increase has slowed sharply, according to Israel’s Central Bureau of Statistics.

A decade ago, for every 1,000 settlers already living in occupied territory, 20 more arrived each year. Now the expansion rate is just six per 1,000.

“The settlement enterprise is waning and what is left is being artificially kept alive by the government pouring money in,” said Shaul Arieli, an analyst at the Economic Cooperation Foundation, a think-tank that advocates for a two-state solution to the Israeli-Palestinian conflict.

Since capturing the West Bank in the 1967 Middle East war, successive Israeli governments have helped establish more than 120 settlements, spending billions of dollars to build tens of thousand of homes and the infrastructure to support them: roads, electricity, gas, water and communications.

There are scores more informal settler outposts, some of which have also received government funding.

While Israel’s right-wing government is in talks with the Trump administration about limiting expansion, it has also promised to build thousands more units this year to accommodate what it calls “natural growth” – families having more children.

Yet while population growth in the settlements is higher than the national average, its rate is also falling: In 1995, it stood at 10 percent. By 2015, it had dropped to 4 percent.

Leaders of the settler movement acknowledge the decline but say it does not reflect falling popularity. While the downturn is a concern, they say it stems from government curbs on construction: people aren’t moving to the settlements because there aren’t enough homes to house them.

“The pioneering settlement spirit, the desire to return to those places where the people of Israel have always been, is just getting stronger,” said Yigal Dilmoni, deputy head of the Yesha Council, the settlers’ main representative body.

That is what concerns the international community, which views settlements on occupied land as a breach of international law and an obstacle to peace between Israelis and Palestinians, who seek a state in the West Bank, East Jerusalem and Gaza.

Israel disputes the view that the settlements are illegal, and argues that it has biblical and historical ties to the land. Some right-wing members of the Israeli government want to annex up to 60 percent of the West Bank and massively ramp up the settlement enterprise.

Palestinians see any expansion of settlements as part of an Israeli project to deny them a state.

“They are building settlements at a rate of construction that is politically motivated,” Xavier Abu Eid, spokesman for the Palestinian Authority’s Negotiations Affairs Department. “Settlements and the incentives given to settlers are part of the Israeli government’s agenda. The two-state solution is clearly not.”

Settlement population growth is now largely driven by a handful of settlements built for the ultra-Orthodox community, whose families on average have six children.

Over the past two decades, the two main ultra-orthodox settlements, Beitar Illit and Modiin Illit, have grown from comprising about 10 percent of the West Bank settler population to making up nearly a third of it.

Unlike many of the hardline, ideological settlements deep in the West Bank, Beitar Illit and Modiin Illit are adjacent to Israel and would probably be incorporated in any peace deal with the Palestinians. Their cramped apartment blocs stand in stark contrast to the red-roofed, spacious houses with gardens that identify most settlements built on West Bank hilltops.

Ultra-Orthodox residents say they moved here because it’s cheap. The conflict with the Palestinians and settling the land are not on their minds. Any place that enables their often poor and close-knit community to live together is fine.

“Politically I’m not bothered. All those global considerations are not something the average ultra-Orthodox family can afford,” said 37-year-old Motti Hizkiyahu, standing outside a discount store in Modiin Illit.

While the rate of people moving to settlements and the growth within them has tapered, there are also signs of a generational shift in some of the most established, ideological settlements that spearheaded the movement in the 1970s.

Itzik Fleger, a real-estate agent in Beit-El settlement, said the founding generation is beginning to get older, their children have grown up and some have moved away.

Pictures of her former two-story house and garden are affixed to her refrigerator in her new Jerusalem apartment, which she said is double the price and half the size.

While Ofra has seen more people leave than arrive in recent years, Avital, 64, believes it still has a future.

“It’s reached a critical mass, it’s mature enough now that it can handle people coming and leaving,” she said, adding that a family with children had moved into her old home.

Arieli, of the Economic Cooperation Foundation, says the reality is different. While the settlements are numerous, with vast state infrastructure to support them, the enterprise is not big enough to sustain itself, he argues.

“The settlement movement has failed in creating the physical conditions for annexation,” he said, referring to the push to annex the area where nearly all settlements are located. “The two-state solution is still strong and viable.”—Reuters