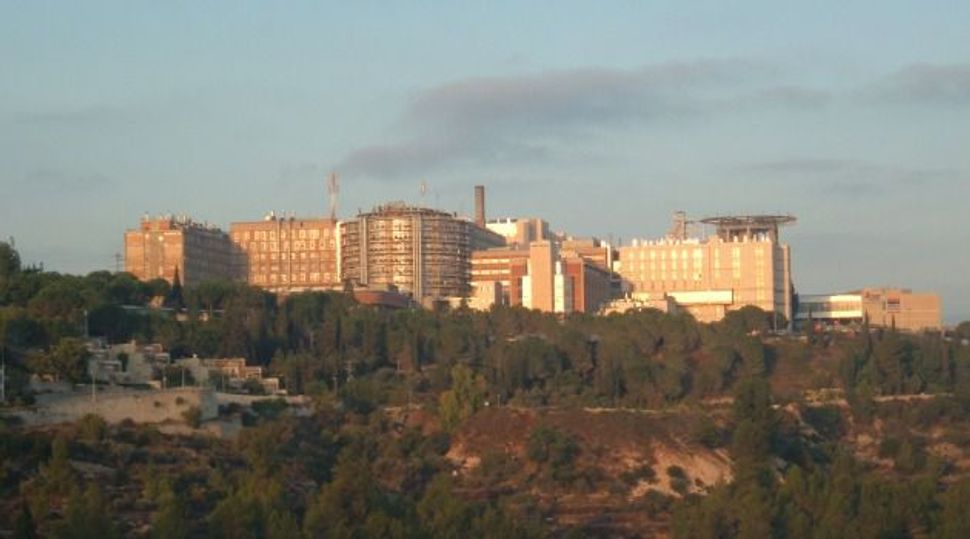 Foundering Flagship: In recent years, the Hadassah Medical Center in Jerusalem has been losing tens of millions of dollars annually Image by Almog/Wikimedia Commons

(JTA) — Jesse Lurie, the longtime executive editor of Hadassah Magazine and a peace activist, has died at 103.

Lurie, an Israeli American, was the magazine’s founding executive editor in 1947 and held the post for 33 years. Volunteers had run the magazine since its founding in 1914.

In the 1950s, Lurie also served as a correspondent for The Jerusalem Post covering the United States, according to a Post article about his passing published Thursday. His brother Ted was the editor-in-chief of The Palestine Post, which became The Jerusalem Post.

Lurie traveled extensively in the Jewish world, including Soviet Russia, writing about people he met, the political situations in those countries and how they affected the Jewish population. He was an ardent campaigner for peaceful coexistence between Jews and Arabs in Israel, and was among those who supported the founding of Neve Shalom, the cooperative village cohabitated by Jews and Arabs.

As one who also supported and encouraged media diversity in Israel among Jews and Arabs, he created the Eliav-Sartawi Award for journalism in Israel through Common Ground, an organization with which he was closely associated in his efforts to encourage conflict resolution in the country.

Lurie was keen for Israel to establish more integrated schools in which Arabs and Jews study together. To the best of his knowledge, there were only six such schools in the country.

As for Israel’s future, Lurie was sure it would remain secure, but was not overly hopeful of great progress on the peace front.